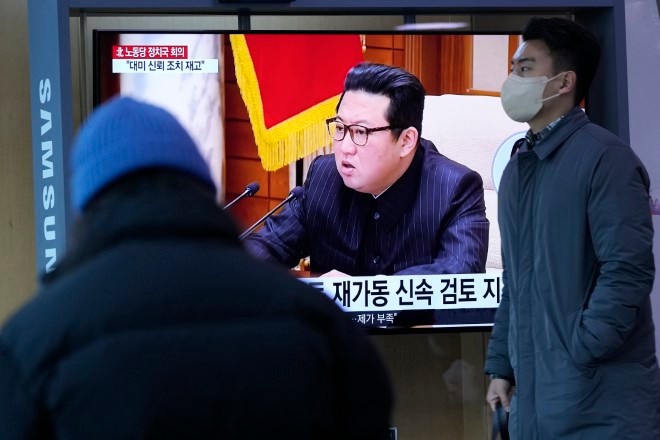 SEOUL--North Korean leader Kim Jong Un said the country will launch a number of reconnaissance satellites in coming years to provide real-time information on military actions by the United States and its allies, state media reported on Thursday.

“He noted that the purpose of developing and operating the military reconnaissance satellite is to provide the armed forces of the DPRK with real-time information on military actions against it by the aggression troops of the U.S. imperialism and its vassal forces in south Korea, Japan and the Pacific,” the KCNA report said.

North Korea appears to be preparing to launch a reconnaissance satellite, a move that may prove as controversial as the nuclear-armed country’s weapons tests because they use the same banned ballistic missile technology, experts say.

The launches drew international condemnation and the U.S. military said on Thursday it had increased surveillance and reconnaissance collection in the Yellow Sea. The U.S. also said it had heightened its ballistic missile defense readiness after a “significant increase” in North Korean missile testing.

“He stressed that this urgent project for perfecting the country’s war preparedness capacity by improving our state’s war deterrent is the supreme revolutionary task, a political and military priority task to which our Party and government attach the most importance,” KCNA said.

Previous North Korean space launches have been condemned by the United States and its allies as violations of United Nations Security Council resolutions that have imposed sanctions on North Korea over its nuclear and missile programs.