Taiwan studies Ukraine war for own battle strategy with China 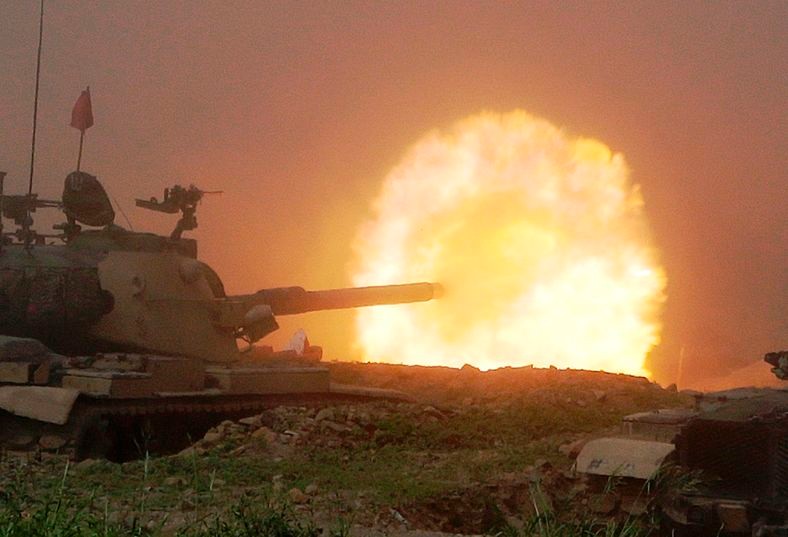 TAIPEI--Taiwan’s military strategists have been studying Russia’s invasion of Ukraine, and the country’s resistance, for the island’s own battle strategy in the event its giant neighbor China ever makes good on its threat to take them by force.

While Taiwan’s government has not reported any unusual activity by the military in China, which views the island as its own territory, Taipei has raised its alert level.

Russia’s use of precision missiles, as well as Ukraine’s tactically well thought through resistance despite being outmanned and outgunned, are being carefully watched in security circles in Taiwan, whose own forces are likewise dwarfed by China’s.

Taiwan President Tsai Ing-wen has championed the idea of “asymmetric warfare”, to make its forces more mobile and hard to attack, with for example vehicle-mounted missiles.

“Ukraine’s military has been making full use of asymmetric warfare, very effectively, and so far successfully holding off Russia’s advance,” added Ma, a government advisor on China policy.

“That’s exactly what our armed forces have been proactively developing,” he said, pointing to weapons like the lightweight and indigenously-developed Kestrel shoulder-launched anti-armor rocket designed for close-in warfare.

“From Ukraine’s performance we can be even more confident in our own.”

Taiwan has been developing other missiles which can reach far into China.

Last week, the defence ministry said it plans to more than double its yearly missile production capacity to close to 500 this year, including the upgraded version of the Hsiung Feng IIE missile, the longer-range Hsiung Sheng land-attack missile which military experts say is capable of hitting targets further inland in China.

Taiwan’s Defence Ministry says it has a “close grasp” of the international security situation and that it is working hard to “improve its armaments and national defense combat capability all the time” but that the military is “not provocative.”

There are big differences however between Taiwan and Ukraine’s positions that have offered reassurance.

Taiwan’s government has repeatedly pointed out, for example, the natural barrier of the Taiwan Strait which separates it from China. Ukraine has a long land border with Russia.

Strategists say Taiwan can also easily detect signs of Chinese military movements and make preparations ahead of an invasion in which China would need to mobilize hundreds of thousands of soldiers and equipment like ships, which could be easily targeted by Taiwanese missiles.

To put boots on the ground China would have to cross the strait, “so it’s a much higher risk” for China, said Su Tzu-yun, an associate research fellow at Taiwan’s top military think tank, the Institute for National Defence and Security Research.

It’s not only about hardware.

Looming in the background is the perennial debate--given new focus by the Ukraine war--about whether U.S. forces would ride to Taiwan’s aid in the event of a Chinese attack. Washington practices “strategic ambiguity” on the subject, giving no clear answer either way.

Lo Chih-cheng, a senior lawmaker from the ruling Democratic Progressive Party who sits on parliament’s defense and foreign affairs committee, said the Biden administration sending a team of top former officials to Taiwan last week shortly after Ukraine was invaded should dispel the idea that the United States is not to be relied on.

“At this time it sent a message to the other side of the strait, to Taiwan’s people, that the United States is a trustworthy country,” he told a party podcast on Tuesday.

But the Biden administration repeatedly ruling out sending troops to Ukraine has caused unease for some in Taiwan.

“Do people in Taiwan really think now that the West and the United States will still come to save us?” said Chao Chien-min, a former deputy head of Taiwan’s Mainland Affairs Council now at Taiwan’s Chinese Culture University.