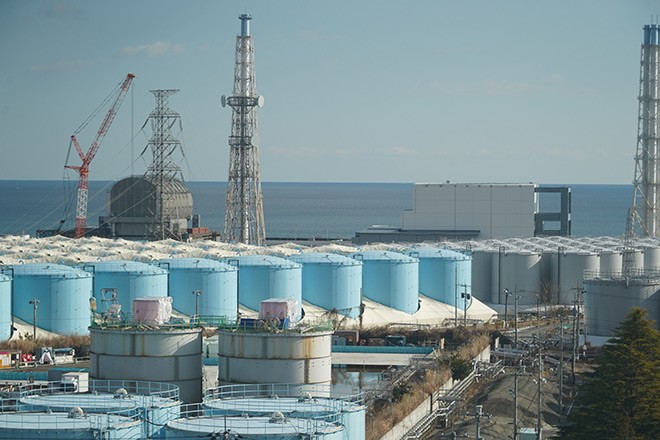 Tokyo Electric Power Co. will raise seafood at its stricken Fukushima No. 1 nuclear power plant in a bid to ease concerns about its plan to release treated radioactive water stored there into the ocean.

“We want to contribute to dispelling the public’s anxiety and reassuring people,” a TEPCO representative said.

The government and TEPCO last year announced the plan to treat and then discharge contaminated water accumulating at the nuclear plant into the ocean starting as early as spring 2023. More than 1 million tons of water have already been stored.

Local residents and fisheries industry officials, worried about reputational damage to marine products caused by the water release, asked the utility to demonstrate the safety of the water that will be discharged instead of just spouting off technical terms.

They suggested that TEPCO keep fish at the plant to show that the processed water will pose no health risk.

The water treatment process removes most radioactive substances, but not tritium. The water will be diluted with seawater to reduce the tritium concentration to less than 1,500 becquerels per liter, one-40th the legal standard.

On experts’ advice, TEPCO decided to culture flatfish and abalone on a trial basis because both species can be caught off Fukushima Prefecture and grown easily.

Preliminary farming started in March in seawater at the plant to gain expertise.

Around September, the utility will begin growing 600 flatfish and 600 abalone. Some will be raised in ordinary seawater while others will be in treated and diluted water containing tritium at the same level of the water that will be discharged.

The concentration of tritium and other substances in the creatures’ bodies will be analyzed, as will their growth rates in the two sets of tanks.

A continuing video of the experiment will be made available on the internet.

TEPCO said it expects the raised fish to have tritium readings similar to those in the water of their farming tanks. So the figure for flatfish raised in the processed water will likely be higher than their seawater-cultivated counterparts.

“We hope to counter negative publicity by showing that fish can grow healthily (in the treated water),” a TEPCO official said.