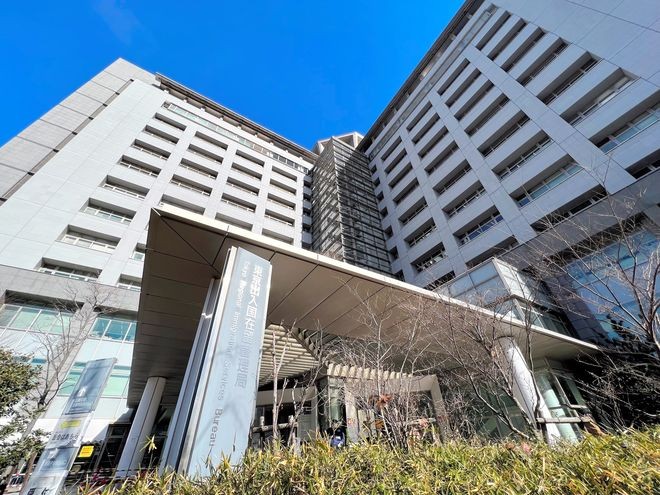 Before his deportation, a Vietnamese man was detained at this facility of the Immigration Services Agency of Japan in Tokyo’s Minato Ward. (Nobuaki Tanaka)

A young Vietnamese man recalled entering Japan with expectations of shiny new cars and high-rise buildings and a dream to bring his family out of poverty.

Three years later, through an acrylic panel at a detention center in Tokyo, he apologized profusely and said, “Finally, I will be able to return to Vietnam.”

The man, in his early 20s, was scheduled to be deported.

But he first wanted to explain how his dreams under the technical trainee program turned into a nightmare that culminated in a criminal conviction and a stint at the center of the Immigration Services Agency of Japan.

The man was born and raised in Hanoi. His father was too weak to work, his elder sister had already left the family home, and his mother made bedclothes to sustain the household.

Under pressure to earn money for his parents, he learned about Japan’s technical intern program.

The government-sponsored program is intended to provide skills that trainees can use after they return to their home countries.

The man believed that obtaining skills would enable him to earn much money in Vietnam, so he paid 900,000 yen ($7,500) to a broker for arrangements. That sum was more than double the legal ceiling set by the Vietnamese government.

His impression of Japan was that it was a nation full of “tall buildings and new cars.”

For six months, he studied the Japanese language and other things about the country.

In spring 2018, he arrived for the three-year training program.

LIFE DIFFERENT FROM IMAGINED ONE

He was a live-in worker at a welding company in Tochigi Prefecture surrounded by agricultural fields. It was a far cry from his image of Japan.

His Japanese colleagues were kind, and they taught him how to do his chores.

He did not need to work overtime or on holidays, so he spent his weekends relaxing with other trainees.

The only thing he was not content with was his monthly salary of 100,000 yen after tax.

His boarding fee plus fuel and lighting expenses totaled 40,000 yen a month, and another 40,000 yen of his pay was used to cover his debts or sent to his parents.

That left him with 20,000 yen to buy food and other necessities each month.

On a social networking site popular among Vietnamese residents in Japan, he found posts by other interns in the Tokyo area who were enjoying their “urban” lives and relatively good wages.

Their descriptions were similar to what the man had imagined before arriving in Japan.

He tried to patiently work through the program, thinking it “will last for only three years.” But his hopes were crushed by the novel coronavirus pandemic.

Although he was initially scheduled to return home in March 2021, the Vietnamese government’s strict anti-virus regulations on flights between the two countries made it difficult to predict when he could leave Japan.

Around that time, the man read a social media message that insisted “an easy high-income job is waiting for you in Tokyo.”

He suspected the offer involved something nefarious, but he thought it “will be better to earn a lot over a short period, even through illegal work, so I can return home on my own expense.”

He applied for the job offer by email and signed a lease for an apartment in Tokyo in advance.

In May 2021, he reached the Japanese capital early in the afternoon carrying only a backpack.

He talked with a man who called himself “Alex” and spoke awkward Japanese on a highly anonymous communications app.

He was told to use an ATM card to withdraw cash from another Vietnamese person’s bank account.

The following day, he collected the card at a coin-operated locker at JR Shinjuku Station and pulled 200,000 yen from an ATM at a convenience store.

Satisfied with the compensation, the intern repeated the practice every time an order came.

Two weeks into this job, he was arrested after being questioned by a police officer near a convenience store around a subway station in Tokyo. He was carrying 20 ATM cards of other individuals in his backpack at the time.

He knew that it would now be impossible to continue his routine of calling his mother and hearing the joy in her voice.

He was told the funds he had withdrawn came from victims of international dating swindles operated through social media.

At his lawyer’s suggestion, he wrote letters of apology in clumsy hiragana and kanji.

He said he felt “guilty” when he heard about the victims, and then he saw his hands shaking.

It was decided that he would be deported.

Before his interview with The Asahi Shimbun in October, the former technical trainee bowed and said “konnichiwa” (hello) through the acrylic panel at the detention center.

“I want to apologize to my mother first of all when I return to Vietnam,” he said repeatedly in the interview. “I made her worry about my affairs.”

He also promised to express his “sense of regret through hard work.”

“I want to engage in welding work at a Japanese-affiliated company in Vietnam,” he said.

A few days later, the man boarded a plane headed for Vietnam.