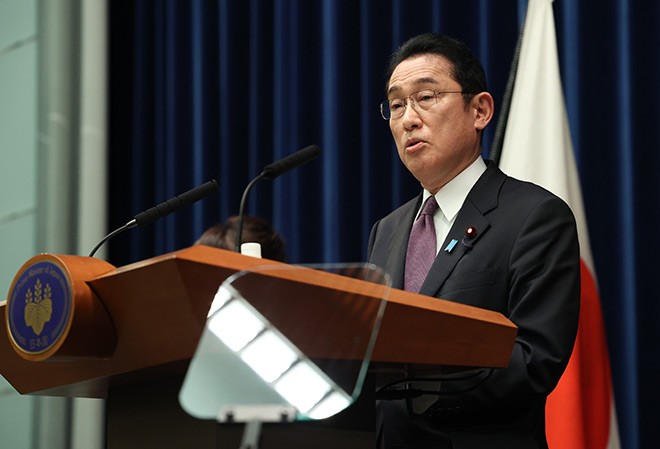 Prime Minister Fumio Kishida on March 22 strongly protested Russia’s announcement that it does not intend to continue negotiations for a peace treaty with Japan and is taking restrictive steps in the disputed Northern Territories.

The Russian Foreign Ministry made the announcement on March 21 as a retaliatory measure against Japan for joining the West in imposing economic and other sanctions against Russia.

“The current situation is rooted exclusively on Russia’s invasion of Ukraine,” Kishida said at the March 22 session of the Upper House Budget Committee. “It is extremely inappropriate for Russia to try to pass that off onto the Japan-Russia relationship and absolutely cannot be accepted. Japan strongly protests” the move.

Negotiations over the Northern Territories, four islands off Hokkaido seized by Soviet forces at the end of World War II, were going nowhere to begin with.

But the latest Russian announcement also included the suspension of other measures, including allowing Japanese former residents to visit the four islands without requiring a visa.

Moscow will also pull out of all joint economic activity on the Northern Territories.

The Russian Foreign Ministry said Japan bears all responsibility for any damage arising from Moscow’s measures because of its deliberate anti-Russian policy.

Kishida said there was no change in Japan’s basic stance of resolving the Northern Territories issue in order to sign a peace treaty with Russia.

Among Japan’s sanctions against Moscow were the freezing of assets of Russian financial institutions, organizations and political leaders.

Petroleum refining equipment has been added to the list of products restricted for export to Russia because of the possibility they could be converted into military use.