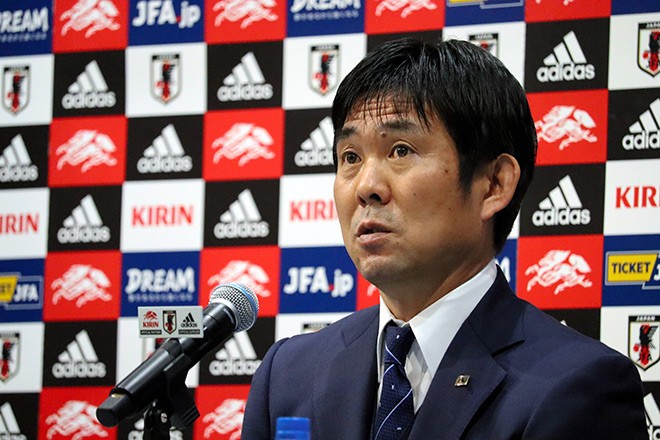 HONG KONG--Japan coach Hajime Moriyasu has experienced joy and despair throughout Asia’s World Cup preliminaries but victory over Australia in Sydney on Thursday will guarantee a happy conclusion to a dramatic campaign.

Both Japan and Saudi Arabia can confirm their spots at the finals in Qatar this week, with Herve Renard’s Saudi side set to advance if they beat already eliminated China in Sharjah.

The Saudis lead Group B by a point from Japan with Australia in third, three points behind Moriyasu’s side and needing to defeat the ‘Samurai Blue’ to put their qualifying fate back into their own hands.

The Japanese are on the verge of a seventh consecutive World Cup despite a poor start to the final phase of qualifying, when losses against Oman and Saudi Arabia raised questions over Moriyasu’s future.

But the former Sanfrecce Hiroshima boss has come through that slump to lead his side to five straight wins, including a 2-1 victory over the Australians in Japan in October, and another three points will be enough to secure a place in Qatar.

“Australia were very strong and their intensity level was high when we played them last October,” Moriyasu told the Asian Football Confederation’s website.

“I am quite sure that the next game is going to be more aggressive and intense than our last game and think it will be a good game of football.”

Iran and South Korea have already claimed the two automatic berths available from Group A, with the pair facing off in Seoul on Thursday in the battle for top spot.

That leaves the United Arab Emirates, Lebanon and Iraq battling for third in the group and a spot in the playoffs.

Iraq will face the UAE in Riyadh while Lebanon host Syria in Sidon.

The UAE, under new coach Rodolfo Arruabarrena, are third with nine points, three ahead of the Lebanese with Iraq a further point adrift.

The two third-placed teams meet in a playoff in Qatar on June 7 before taking on South American opposition for a spot at the finals a week later.