Poll: Taiwanese hope for SDF help vs. China falls to 43% 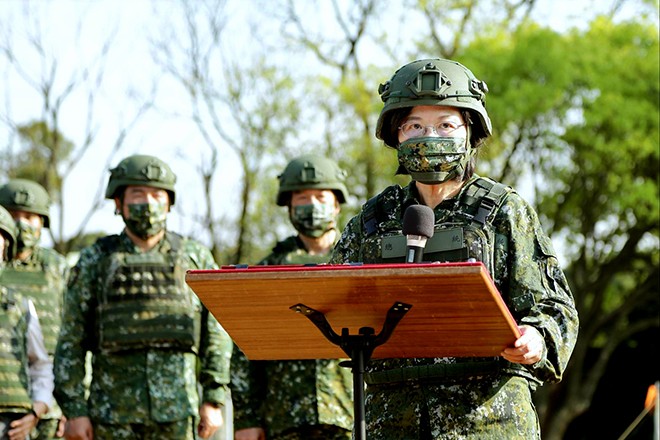 TAIPEI--More than 40 percent of Taiwanese believe Japan’s Self-Defense Forces would help defend the island from an attack by China, compared with 34.5 percent who expect such support from U.S. troops, a survey showed.

Taiwanese expectations for direct military support in a war with China have dropped considerably.

The Taiwanese Public Opinion Foundation, a private think tank in Taiwan, conducted the telephone survey on about 1,000 Taiwanese aged 20 or older on March 14 and 15, weeks after Russia invaded Ukraine.

As for the U.S. military, 55.9 percent expressed doubts that the United States would become directly involved in such a war.

Tokyo and Washington have both been ambiguous about their course of action should China invade Taiwan, which it regards as a renegade province.

In a similar survey conducted in October 2021, 58 percent of respondents said they believe the SDF would participate in such a war, and 65 percent believed U.S. troops would enter the fray.

The foundation said drop in expectations--14.9 points for the SDF and 30.5 points for the U.S. military--“is a rare and abrupt change of heart toward pessimism” that reflects what has happened in East Europe.

“The fact that no country has dispatched its troops to Ukraine has dealt a terrible blow to Taiwanese people,” the foundation said.

The survey also showed that 59.7 percent of Taiwanese now feel that Taiwan would have to defend itself on its own against a Chinese invasion, and that 78 percent believe Taiwan alone would be unable to prevent a Chinese occupation of the island.