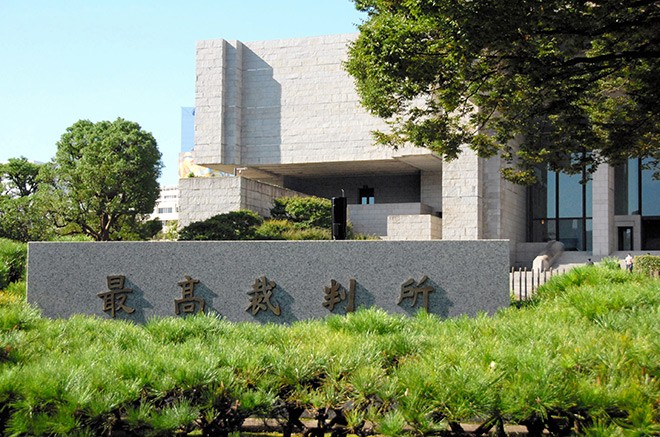 The Supreme Court upheld the dismissals of lawsuits seeking damages over Japan’s single-surname rule for married couples, but two of the five justices said the one-name provisions are unconstitutional.

According to the decision by the top court’s Third Petty Bench dated March 22, the plaintiffs’ requests for damages “do not constitute a valid reason for appealing” the earlier rulings that rejected the lawsuits.

Therefore, the dismissals of the lawsuits at district and high courts in Tokyo and Hiroshima were finalized.

The seven plaintiffs in the two lawsuits argued that they had suffered mentally because they could not register their marriages using separate surnames.

Article 750 of the Civic Code stipulates that married couples must use a single surname, while Article 74 of the Family Registration Law has a similar rule for its marriage notification procedures.

The plaintiffs said these laws have prevented them from obtaining “social approval as married couples” and denied them tax and other benefits.

The seven plaintiffs--six from Tokyo and Izumi Onji, a doctor in Hiroshima city—are all in de facto marriages using dual surnames.

They said the provisions violate the Constitution and were seeking acceptance of their marriage registrations under separate surnames.

The top court last year said the Diet, which represents the people, should decide what system to adopt concerning the surname issue.

The Diet, however, has not taken up the issue.

Two of the justices on the bench, Eriko Watanabe, a former lawyer, and Katsuya Uga, a former academic scholar, agreed that the single-surname provisions violate Article 24 of the Constitution that guarantees marital freedom.

However, in rejecting the lawsuits, they said that “the legislative omission of the Diet” was not serious enough to grant damages.