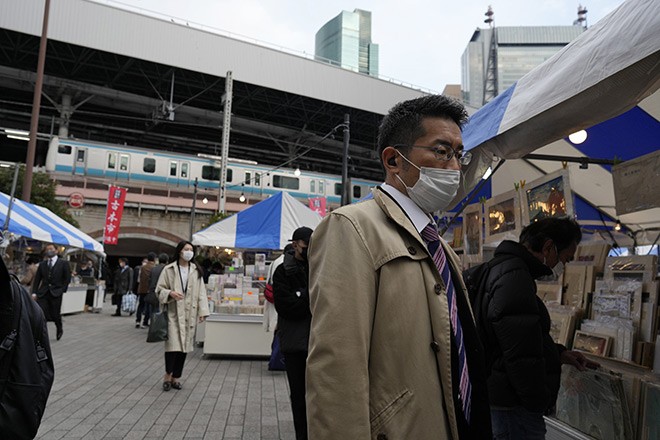 A man wearing a mask looks at secondhand books at a used book fair set up near a train station in Tokyo on March 24. (AP Photo)

Tokyo reported 7,289 new COVID-19 cases on March 25, down 536 from the previous Friday, marking the first week-on-week drop in two days.

The daily average of new cases over the week through March 25 in the capital was 6,275.4, or 77.8 percent of the average for the preceding week.

Of the 7,289 new cases, 126 were diagnosed as being infected with the novel coronavirus without being tested.

The metropolitan government said it would consider asking the central government to issue a state of emergency for Tokyo if the occupancy rate of beds for seriously ill patients was between 30 and 40 percent.

Their number dropped by three from March 24 to 38.