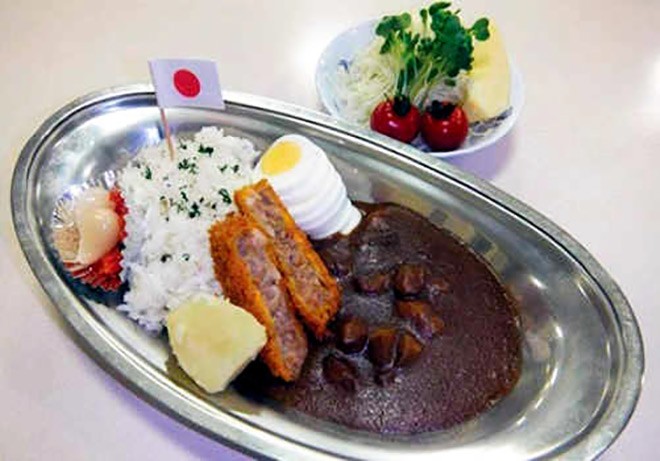 The Maritime Self-Defense Force’s famed curry may have been too delicious for a Defense Ministry official to resist.

The ministry said March 28 it will discipline the official for treating himself and others to free curry lunches over two years at an MSDF facility despite being unqualified for the free meals.

The official, who is in his 40s and is currently with the No. 23 Air Patrol Squadron of the MSDF in Maizuru, Kyoto Prefecture, will be suspended from work for four days as a disciplinary measure.

According to the MSDF’s Maritime Staff Office, crew members of MSDF vessels and students are allowed to have meals for free under the law.

Some members of the MSDF unit under the official’s supervision while he served the previous post were not entitled to the free meals. But they kept getting free curry lunches at the MSDF facility on each Friday from April 2017 to March 2019.

The official did not stop them despite knowing their misdeed, and he even joined them for the free meals.

“It has been customary among MSDF members to have free curry in the name of ‘sampling’ even before I assumed the post there, so I did not think having free curry constitutes a serious lapse in judgment,” the official said.

Five MSDF members will also be disciplined in connection with the curry incident.

The MSDF is known for its tradition of having curry for lunch every Friday.

Its curry recipe has become so popular around Japan that it is served in restaurants near SDF facilities and sold in sealed pouches for the public.