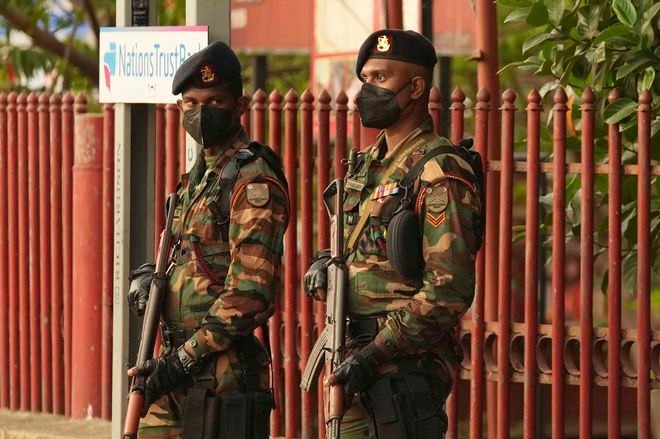 COLOMBO, Sri Lanka--Sri Lanka has blocked access to many social media platforms in an attempt to prevent further protests blaming the government for the worsening economic crisis.

Internet users in most parts of Sri Lanka were unable to access Facebook, Twitter, YouTube, WhatsApp and other social media platforms on Sunday. Netblocks, a global internet monitor, confirmed that network data collected from over 100 vantage points across Sri Lanka showed the restrictions coming into effect across multiple providers from midnight.

Sri Lanka is under a nationwide curfew from Saturday night until Monday morning after President Gotabaya Rajapaksa declared a state of emergency. Social media platforms had been used to call for protests demanding the president's resignation, saying he is responsible for the economic crisis.

Rajapaksa assumed emergency powers at midnight Friday amid calls for protests throughout the country on Sunday, as anger over shortages of essential foods, fuel and long power cuts boiled over this week.

The emergency declaration by Rajapaksa gives him wide powers to preserve public order, suppress mutiny, riot or civil disturbances or for the maintenance of essential supplies. Under the emergency, the president can authorize detentions, seizure of property and search of premises. He can also change or suspend any law except the constitution.

Sri Lanka faces huge debt obligations and dwindling foreign reserves, and its struggle to pay for imports has caused a lack of basic supplies. People wait in long lines for gas, and power is cut for several hours daily because there’s not enough fuel to operate power plants and dry weather has sapped hydropower capacity.

The island nation’s economic woes are blamed on a failure of successive governments to diversify exports, instead relying on traditional cash sources like tea, garments and tourism, and on a culture of consuming imported goods.

The COVID-19 pandemic dealt a heavy blow to the economy with the government estimating a loss of $14 billion in the last two years. Protesters also point to mismanagement — Sri Lanka has immense foreign debt after borrowing heavily on projects that don’t earn money. Its foreign debt repayment obligations are around $7 billion for this year alone.

The crisis has hit people from all walks of life. Middle class professionals and business people who would normally not take part in street protests have been holding nightly rallies with candles and placards in many parts of the country.