Record number of people apply to JAXA to be astronauts 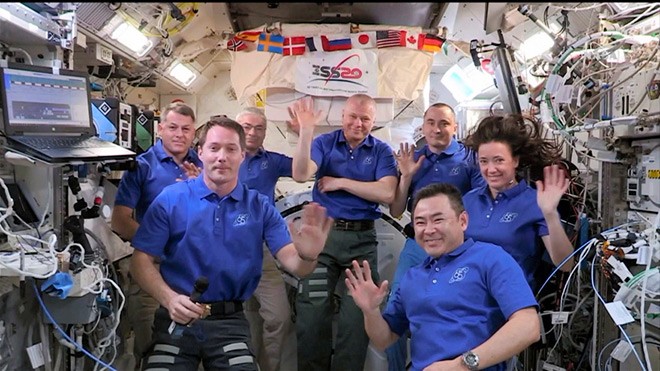 Japanese astronaut Akihiko Hoshide, front right, hands over his role as the commander of the International Space Station to his successor in October 2021. (Provided by the Japan Aerospace Exploration Agency)

Thousands of people decided to shoot for the moon despite the pandemic by applying to become astronauts after Japan’s space agency lowered the bar to entry.

The Japan Aerospace Exploration Agency received a record 4,127 applications for its astronaut program after it scrapped its academic requirements for applicants, including university degrees in science.

JAXA said on April 5 that the number rocketed up by 4.3 times from the last time it recruited astronauts in 2008, when it was 963.

The agency no longer requires prospective astronauts to have educational backgrounds and work experience in scientific fields. The reasoning behind that big change is to create more diverse crews for future manned lunar exploration missions.

JAXA will test applicants’ English skills and general knowledge in May. Those who pass will go through three rounds of exams measuring their physical abilities and presentation skills.

The agency will only choose a few prospective astronauts from the candidates by the end of March 2023 at the earliest.

The number of applications stood at 1,563 as of March 4, the initial deadline to submit all the necessary documents. The agency extended the deadline for submitting the results of health checkups by one month following the spread of the Omicron variant of the novel coronavirus.