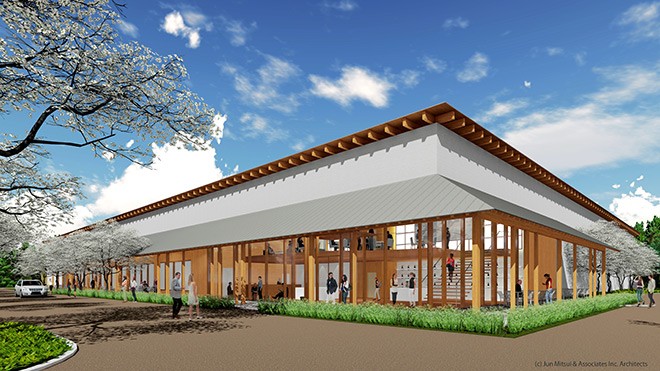 IWAKUNI, Yamaguchi Prefecture--The brewer of the renowned sake brand Dassai is swinging for the fences as part of its efforts to promote the brand across the globe.

Asahi Shuzo Co. announced on April 6 that it has signed a deal with the New York Yankees to become an official sponsor of the team from April.

The brewery entered into a two-year sponsorship deal with the Yankees, the most storied franchise in Major League Baseball and one of the most popular sports team in the world.

“New York keeps evolving by benefiting from being a melting pot of culture,” said Kazuhiro Sakurai, president of the brewery. “We want to promote Dassai there and to the rest of the world.”

Asahi Shuzo will run an advertisement of the sake brand on a billboard at Yankee Stadium this season.

Dassai is also consumed in the United States. The brewery, based in Iwakuni, Yamaguchi Prefecture, is building a sake brewery in New York to be completed this autumn.

It plans to start selling the Dassai Blue sake brewed there using Yamada Nishiki rice variety grown in the United States from next spring.

Asahi Shuzo named the new sake brand after the old Japanese saying that literally means blue dye from the indigo plant is bluer than indigo. The brewery hopes Dassai Blue will be superior to the original Dassai as the saying goes.