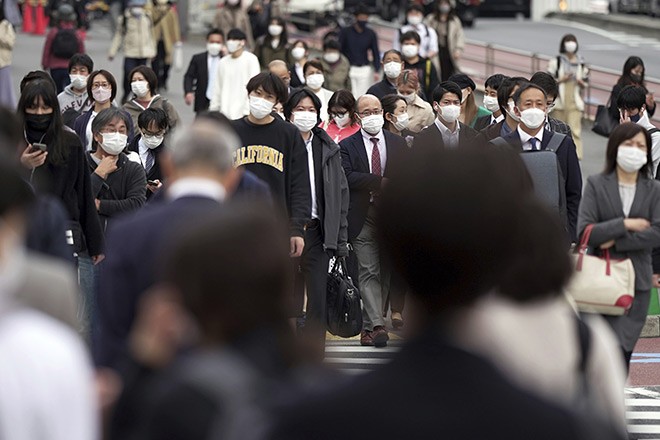 The daily average of new cases over the week through April 11 in the capital came to 7,596.4, a drop of 0.1 percent from the figure for the preceding week, metropolitan health officials said.

The officials also confirmed two deaths the same day. Both patients were in their 80s.

There were 28 serious cases, which the metropolitan government defines as patients requiring the use of ventilators or ECMO heart-lung bypass machines. That figure was down one from the previous day.