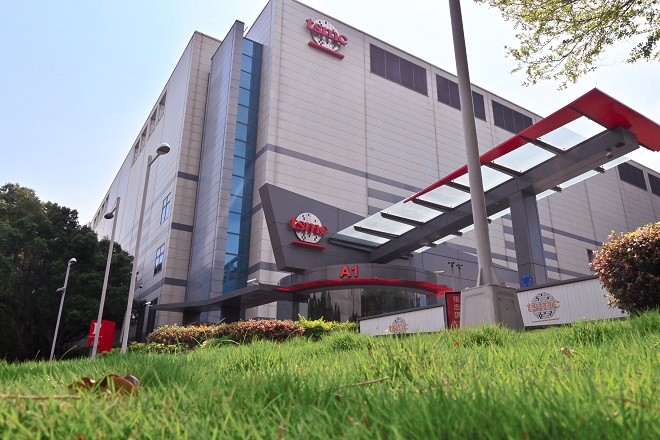 TAIPEI--Taiwan’s premier has called for the swift passage of revisions to laws mandating tougher punishments to prevent China from stealing its chip technology, saying the threat from the “red supply chain” needed an effective deterrence.

In February, Taiwan’s Cabinet proposed toughening the rules, amid rising concern in Taipei that Beijing, which claims the democratically ruled island as its own territory, is stepping up its economic espionage.

Home to industry giant TSMC and accounting for 92 percent of the world’s most advanced semiconductor manufacturing capacity, Taiwan possesses what China needs--chip expertise in spades.

Chips made by Taiwan are used in everything from fighter jets to mobile phones, and the government has long worried about Chinese efforts to copy that success, including through economic espionage, poaching talent and other methods.

Taiwanese Premier Su Tseng-chang told a Cabinet meeting that the “red supply chain”--a reference to the colors of China’s ruling Communist Party--was using various methods to “infiltrate” Taiwan, take its talent and steal its technology, his office said in a statement late on Monday.

Law enforcement agencies need to work together to crack down and investigate, he added.

Su said he had asked the justice ministry to work with parliament to ensure the revisions to the law proposed in February were passed “at the earliest date.”

Other departments, including the economy ministry and China-policy making Mainland Affairs Council, need to raise penalties for Chinese firms masquerading as Taiwanese ones to poach talent “in order to have a deterrence effect,” he added.

Taiwan’s cabinet is proposing new offences for “economic espionage” under the national security law, setting out punishment of up to 12 years in prison for those who leak core technologies to China or “foreign enemy forces.”

China has stepped up its military and diplomatic pressure to try and force Taiwan to accept its sovereignty claims.

Taiwan’s government says only the island’s 23 million people can decide their future, and they will defend themselves if attacked.