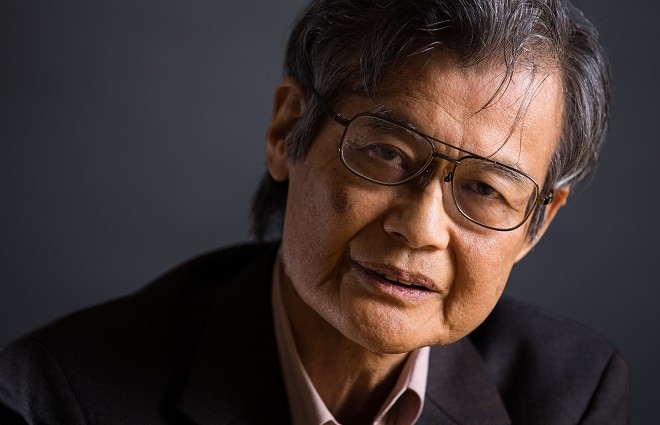 Sociologist Munesuke Mita (1937-2022) once said in a magazine interview that he used the pen name Yusuke Maki whenever he could write what he really wanted to without the problem of a deadline.

Basho was on the road for more than 40 days as he headed to Matsushima, Miyagi Prefecture, composing a plethora of masterpieces along the way.

His iconic travelogue "Oku no Hosomichi" (The Narrow Road to the Deep North), however, does not contain a single haiku composed during his sojourn in Matsushima.

Mita--or Maki--notes in his book that even if Basho somehow became incapacitated before reaching his destination, he would never have thought his journey had been in vain, as Matsushima was merely what gave his trip a direction.

Mita's observation seems to pose the question: Are we not always doing the exact opposite of what Basho did?

In deluding ourselves into thinking that life goes on forever, we focus only on our perceived destination or immediate results, thereby failing to be mindful of our present path and not living each day as fully as we should.

In essence, his message was that we must celebrate life itself and "walk the path of mindfulness."

I have taught myself to embrace these words of wisdom since first coming across them more than 30 years ago.

As a newspaper reporter, I would ask myself: Have I allowed my desire for a scoop to cloud my judgment of what really matters most? Am I using my interview subject as a mere tool to complete my story?

His works were dizzyingly varied and prolific.

He struggled to delve into the essence of consumer society, described his vision of the ideal community, and he empathized with the psychology of a death-row convict.

Mita was reportedly once asked whether his publications should be categorized as works of literature or sociology.

That must have been the ultimate compliment for Mita, who went beyond his bounds as a scholar and kept crossing into diverse fields.