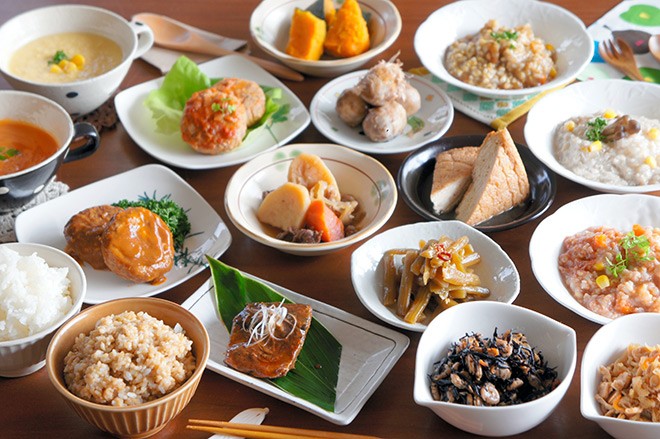 A woman in her 30s who works at a variety store in Yokohama went to a convenience store nearby at around noon.

She took a quick look at the bento on the shelves and almost picked up a fried chicken and rice lunch box for about 700 yen ($5.58).

However, she pulled her hand back.

“I have to cut my spending and save money," she said. "I can handle feeling hungry and just having a little lunch.”

She settled on the cheapest rice ball, with an umeboshi pickled plum as filling, for 100 yen.

The woman is not alone as a survey revealed about 30 percent of workers have skipped their lunch altogether on working days to save money.

Edenred Japan Co., which provides meal-assistance services as part of corporate welfare programs, conducted the survey in December of 600 workers in their 20s to 50s across the nation.

The workers listed saving money as one of their main reasons.

About 60 percent of respondents also said they did not choose to eat something they wanted because they thought it was too expensive.

When asked about their worst lunches, one respondent said, “When I had only spicy cod roe,” while another said, “Just having water and snacks.”

“The rising cost of food is straining household budgets, and as a result, more people might be starting to skip lunch to save money,” said a representative of Edenred Japan.

The woman in Yokohama said she usually brings a bento made from her dinner leftovers to her workplace to save money.

But about five days a month, when she is busy or has no leftovers, she often skips lunch or just eats one rice ball.

She especially tends to skip lunch just before payday.

The woman started saving about four years ago and has been making bento for herself and her partner.

She keeps their meal costs within 50,000 yen per month.

She has no plans for the money she saves, but anxiety about the future has driven her to save anyway.

In 2019, a panel under the Financial Services Agency submitted a report that said, “People need to save 20 million yen for their living expenses after retirement.”

The report stirred great controversy among people, and it was one of the reasons the woman started saving money. She plans to continue saving.

“My life is not as bad as those hovering near the poverty line, but I have to prepare for the future,” she said. “Food prices are soaring, so money for food is the first thing to be cut. I don’t think that it is a healthy thing to do, though.”

“People view skipping lunch or breakfast as a feasible choice as long as their health is not affected,” said Masahiko Ariji, professor of food economics at Kindai University.

He said as food prices soar and household budgets are being tightened, people fail to see the benefit of having lunch when looking at their strained budgets.

Workers might also be skipping lunch because they feel it is not worth it since they cannot go out to eat with others amid the pandemic.

Having meals with others feeds people's need to socialize, but companies have been urging their employees to eat alone.

If the employee works in an office, they usually do not move around enough to work up a good appetite, too, he said.

Since this year, a string of major food-related companies announced they would raise the prices of daily foods--such as soy sauce, frozen foods, and ham and sausage--which led to meal prices rising at restaurants.

The survey showed about 40 percent said they were affected by the hike in restaurant menu prices.