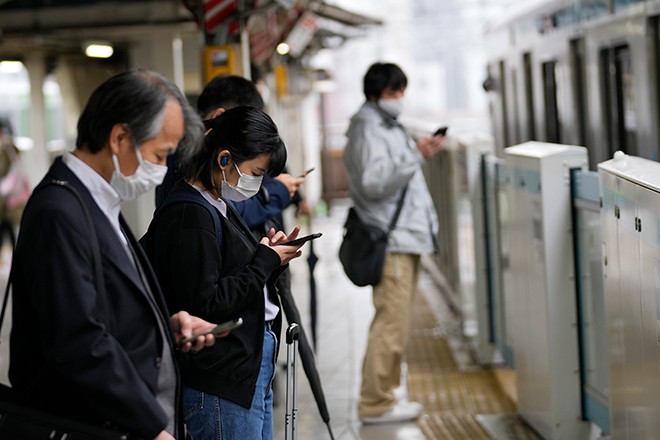 The rate of population decline and the actual number by which the Japanese population decreased as of Oct. 1, 2021, were the largest since 1950 when comparable statistics first began to be gathered.

An internal affairs ministry official who oversaw the population study cited the impact of the COVID-19 pandemic for the situation.

Japan’s overall population stood at 125.502 million, down 644,000 over the previous year and the 11th straight year of decrease.

The rate of decrease was 0.51 percent.

The figures amply demonstrated that the graying of society, coupled with a falling birthrate, continue to plague the nation.

The ratio of those under the age of 15 came to 11.8 percent while that of the working population, defined as those aged between 15 and 64, stood at 59.4 percent. Both ratios were record lows.

The decrease in Tokyo was due to a drop in the number of people moving to the capital and an increase in those moving out.

In 33 prefectures, the ratio of population decrease expanded over the previous year. Osaka Prefecture recorded the largest such expansion of 0.31 percentage point.

Akita Prefecture had the largest decrease ratio of 1.52 percent.