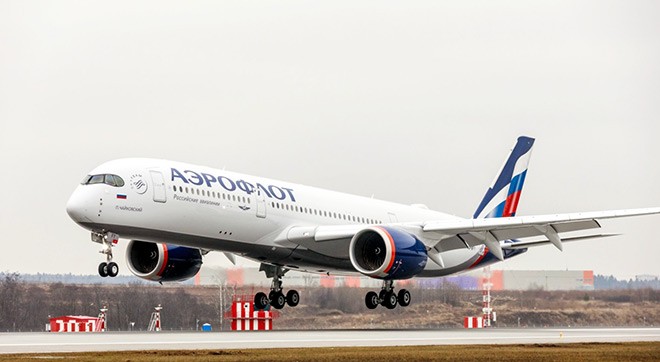 An Aeroflot aircraft (Provided by Aeroflot)

A Japanese megabank is among the organizations impacted by Russia’s refusal to return hundreds of foreign-owned aircraft in reprisal for sanctions imposed over the country’s invasion of Ukraine.

“It is terrible for Russia to keep other people’s possessions,” said a senior official of Sumitomo Mitsui Financial Group Inc. in exasperation.

The megabank’s affiliate SMBC Aviation Capital, which is headquartered in Ireland, has leased dozens of aircraft to Russia.

Many Western nations, along with Japan, have imposed economic sanctions against Russia over its invasion of Ukraine. In retaliation, Russia has clawed back by seizing the aircraft.

Russian President Vladimir Putin signed a new law in March that allows his country to keep the 400 or so commercial planes leased by foreign companies and use them for domestic flights within Russia.

The move has disrupted the aviation industry.

But according to a source related to the matter, the company has only been able to retrieve one of the 35 planes, which was outside Russia at the time.

The equipment it leased to Russia is valued at roughly 210 billion yen ($1.7 billion), sources said.

SMBCA has claimed insurance money, but it remains unknown how much of the loss will be covered.

(This article was written by Rui Hosomi and Eisuke Eguchi.)