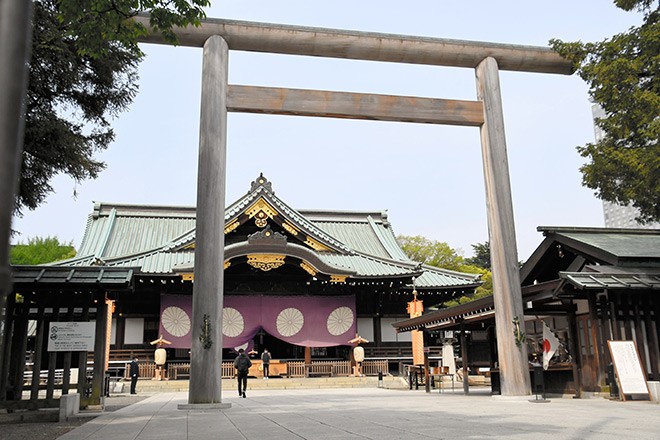 Prime Minister Fumio Kishida donated ritual offerings on April 21 to a Tokyo shrine viewed by Chinese and Koreans as a symbol of Japanese wartime aggression.

Kishida had donated the same offerings to the shrine last October to celebrate its autumn festival after becoming the country’s top leader.

South Korea and China, among other countries, view the shrine as a symbol of Japan’s wartime militarism because it honors convicted Class-A war criminals among about 2.5 million war dead.

“The South Korean government expresses its deep disappointment and regret toward the Japanese leader having donated the offering again to Yasukuni Shrine, which glorifies past military aggression and honors war criminals,” the statement said.

“We ask Japanese leaders to look straight at the history and show their humble self-searching and true remorse for the past through their actions.”

Chief Cabinet Secretary Hirokazu Matsuno said Kishida made the donation as a private citizen, not in his official capacity as prime minister.

“It is not something that the government can speak about,” he said.

(This article was compiled from reports by Anri Takahashi in Tokyo and Takuya Suzuki in Seoul.)