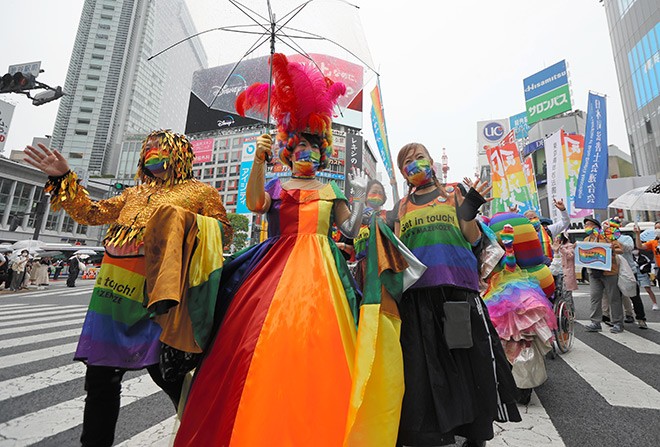 About 2,000 sexual minorities and their supporters walked through the streets of the capital on April 24 as Tokyo Rainbow Pride returned in person for the first time in three years.

“Originally, this was a ‘special’ gathering for sexual minorities to make their presence known, but now, families come to the event like it is a festival,” said a 45-year-old gay man from Warabi, Saitama Prefecture.

People walked through the streets around Yoyogi Park in Shibuya Ward on the last day of the three-day event, which is one of the largest in Japan.

They held up placards and banners saying, “We want to be a family legally,” and “I want to have more options in the future.”

The Sapporo District Court said in March 2021 that denying same-sex marriages is unconstitutional.

The court was the first in Japan to hand down such a ruling.

The central government, however, has made no move to legalize same-sex marriages.

“More and more municipalities have adopted ordinances to offer special partnership certificates for same-sex couples,” the man said. “I hope more people will support this trend of removing legal barriers.”