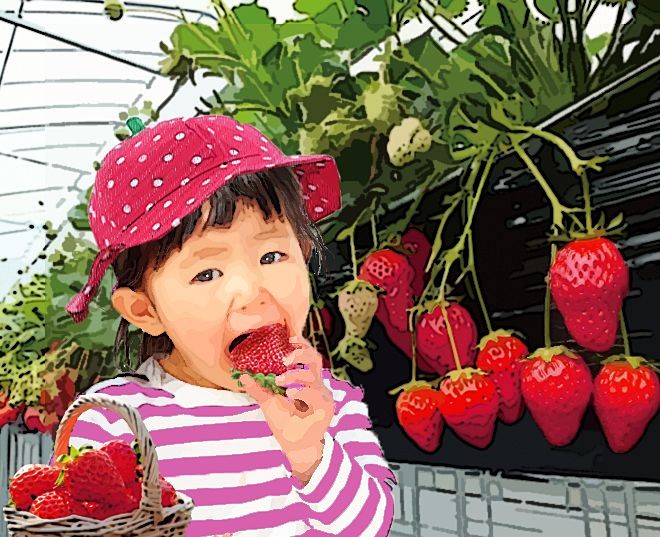 at the lodge ...
they drink their tonic gin
on white tiger furs
--Mircea Moldovan (Jibou, Romania)

In New Orleans I
once ate alligator -- or
was it crocodile
--Horst Ludwig (Seattle, Washington)

at Grandpa's 95th
he belts out
"When the Saints Go Marching In"
--Charlotte Digregorio (Winnetka, Illinois)

we slip under
into the faery realms
yew cemetery
--Alan Summers (Wiltshire, England)

the madness of men
a robin comes and goes
in the feeder
--Francoise Maurice (Toulouse, France)

On the creek pebbles
the shadow of a plum-tree
Moon of the third month
--Jaspe Uriel “Ajenjo” Martinez (Hidalgo, Mexico)

Out in the sun on Easter day,
The children played upon the straw,
Their Easter eggs they each displayed
--Taras Shevchenko (Kos-Aral, Ukraine)

Mary Skrypnyk translated these opening lines from the Ukrainian bard’s poem “On Easter Day, On the Straw” penned in 1849 and archived at the Shevchenko Museum in Toronto, Canada. This year, the Orthodox church in Ukraine recognized April 24 as the Julian calendar date for children to hunt for colorfully decorated hard-boiled eggs and to exchange egg-shaped chocolate gifts.

Junko Yamada faced the Orion constellation as she hiked in Kamakura. Sanae Kagaya has performed solo dances in the dark shadows of theater stages around the world. She presides over “a project for Butoh art activities to achieve technical improvement” in Tokyo.

The Hunter
watches over me
walking alone

my little body
a giant cosmos
in butoh

“Going out to hunt” can mean “gari” in Japanese. For example, “sakura-gari” or “hotaru-gari” refers to stepping into the midst of cherry blossoms or fireflies to appreciate nature up close. Junko Saeki hunted for young edible wild plants along woodland paths in Tokyo. Extrapolating from how sprouts hide, she reasoned, “The chains of life keep extending ... the human situation is the same ... relationship between an individual and their family, society and culture.” Masumi Orihara relished the bitter flavor of “fukinoto,” or butterbur scapes, that brightened up her lackluster garden in Atsugi, Kanagawa Prefecture.

Nicholas Klacsanzky composed this haiku when he lived in Ukraine, but he said he has recently relocated to the United States. Lucia Cardillo remarked how nothing but war grew this spring in the capital of Ukraine.

three days inside
and outside, everything
in snow

only green
of spring in Kyiv ...
soldiers

In Joetsu, Niigata Prefecture, Yutaka Kitajima read the Bible verse: Luke 23:34, "Father, forgive them, for they do not know what they are doing." Rose Menyon Heflin personified a green line on a tree limb in Madison, Wisconsin. Stephen J. DeGuire shook his head at a barren slope in California.

Fertile fields
not plowed but plundered
by tank corps

Greening effigies
Of their former winter selves
Budburst on the trees

a hillside
after clearcutting-
man’s folly

John Daleiden recoiled from the painful use of colored smoke incendiary bombs in civilian areas of Ukraine. He suggested that metaphors for the color green have “changed from one of a nourishing tenor to a siege of destruction.” Satoru Kanematsu sniffed at the morning news in Nagoya. Everything’s gray with black streaks to Mario Massimo Zontini in Parma, Italy. Mike Gallagher focused on trenches dug in Ballyduff, County Kerry, Ireland.

after the bombs
black smoke fills the air--
fog of war

nocturnal
the green lamp-eyes
of the ditches

Zontini thirsted for something green. Dennys Cambarau lives in the commune of San Gavino Monreale on the warm island of Sardinia.

Winter drought--
the green of new leaves
still in hiding

war in Ukraine--
a thirsty child
drinks the snow

Vessislava Savova came upon a familiar sight in Sofia, Bulgaria: black robin gazing at me with my mom's eyes.

Kagaya arranged her hair in a pappus of tufts and contorted her face as if two extra eyes grew from her cheekbones before she quietly flew on a soft spring breeze to center stage at an arts performance.

Evetts whistled to a familiar bird.

Mario Massimo Zontini observed a falcon hovering over a farmer in Parma, Italy.

Spring countryside:
in the field a peasant
in the sky a kestrel

red light
green light;
both of us standing

Samo Kreutz was expecting to find a robust tenor in Ljubljana, Slovenia. Joe Sebastian captured the sound of an unpaired male in Bangalore, India. Zeljko Vojkovic covered a birdcage.

nightingale
too small for its song
darkened woods

Archie Carlos shielded a child’s ears from loud, unpleasant and prolonged noises. Murasaki Sagano pitied a mother who was trying to protect her child from a hypersonic missile that hit before its sonic boom was heard. His heart racing, Kanematsu fell back onto the sofa. Maya Daneva was roused by a wail in the Netherlands.

Chinese fireworks
in the din her cubs
under white sheets

Sonic boom
a pair of earflaps
on her child’s head

half-asleep
between two thoughts
a siren

Klacsanzky strained his ears. Mary L. Leopkey listened for a Pacific loon to resurface with a fish from the Strait of Georgia. When it comes to hunting for something to eat, Horst Ludwig would rather be a sparrow than a snail. Isabella Mori’s song from Coast Salish Territories, Canada, may have been heard all the way down to the Antarctic where black diesel carbon-covered snow has started to melt.

vast snow
I hear my mother's name
as a memory

the sound
of raging water
snowmelt

It snowed in Ettiswil, Switzerland, when Helga Stania stalked a hunter with her camera: Siberian snow in the photo trap black stripes moving.

incoming year--
in the yard and outside
virgin snow

White tiger
Longing for something
Out there

the wind blows
from the west--
white tiger

white tiger
its paws
faster than the wind

inside the crack
a daisy blooms--
urban warfare

Aki Yoshida submitted this haiku as a prayer for peace inspired by the poem “Eternal Green” by Tamiki Hara (1905-1951) who experienced the atomic bombing of Hiroshima.

burgeoning willow--
may eternal green flourish
in the bombed city

white tiger
the dark shadows
behind me

tracks and scents
following the way
of the hunt

in jungle dark
a flicker of light--
tiger eyes

fragrant morning
a rabbit
in the hunter's sight

hockey puck
lost in a forest
of hockey sticks

Lev Hart’s neighbor in Calgary, Alberta, seems to have lost his dog again.‎

he thanks us
for returning Buddy--
while Buddy wanders off

Refika Dedic described a moment of reckoning in Bosnia and Herzegovina.

kneeling
in the forest
tells a story

tamed wilderness
and now everyone
wants it back

Hunt for haiku at http://www.asahi.com/ajw/special/haiku/. The next issues of the Asahi Haikuist Network appear on May 6 and 20. Readers are invited to send haiku about eggs or seeds on a postcard to David McMurray at the International University of Kagoshima, Sakanoue 8-34-1, Kagoshima, 891-0197, Japan, or e-mail to <mcmurray@fka.att.ne.jp>.