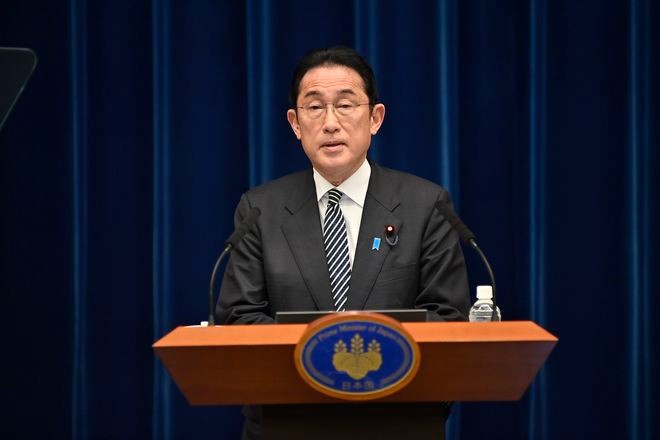 Kishida is under pressure to ramp up fiscal spending ahead of an Upper House election scheduled to take place in July, putting Japan out of sync with many Western economies that are gradually phasing out crisis-mode stimulus measures.

The 13.2-trillion-yen relief package, to be funded mostly by reserves set aside under the current fiscal year's budget, will consist of steps to deal with the immediate hit from rising prices such as subsidies to gasoline wholesalers and cash payouts to low-income households with children.

Of the total, direct government spending will amount to 6.2 trillion yen. The rest consists of non-direct spending measures such as private-sector lending.

The government will compile an extra budget and pass it through the current Diet session to replenish reserves and secure funds to deal with any resurgence in COVID-19 infections or prolonged rises in fuel costs, Kishida said.

"We must prevent rising fuel and raw material costs from disrupting a recovery in economic and social activity from the pandemic," Kishida told a news conference.

Aside from the relief package, the government will lay out after the Upper House election a "comprehensive" package of measures to spear-head change in Japan's society, Kishida said.

The package will include steps to help Japan achieve a carbon-neutral society and measures to promote the administration's economic policy focusing on wealth re-distribution, Kishida said, without providing details.

"We need to act pre-emptively looking at the medium- to long-term horizon," he said.

Analysts expect the government to compile a second extra budget later this year to fund additional spending measures, which could well exceed the size of spending for the relief package announced on Tuesday.

Given the ruling Liberal Democratic Party's (LDP) coalition ally, the Komeito party, has demanded an extra budget of up to 20 trillion yen, the second round of spending could be a little short of 20 trillion yen involving additional debt, he said.

That could further strain Japan's borrowings, the industrial world's heaviest public debt, at more than twice the size of its $5 trillion economy.