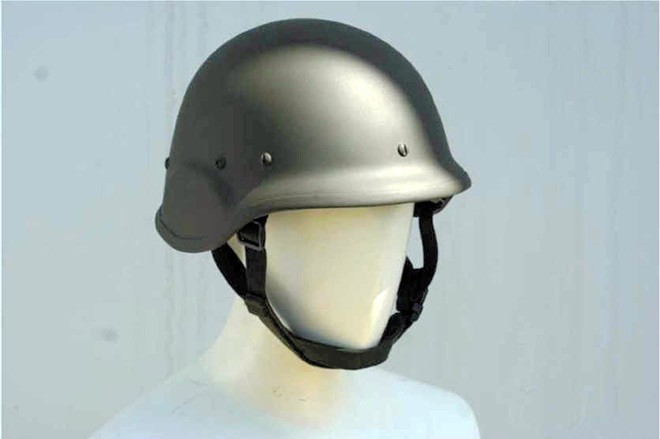 When Ukraine asked Japan for assistance in response to the Russian invasion, the Defense Ministry took quick action.

It sent bulletproof vests, helmets, tents, emergency rations, medical kits and other supplies in mid-March. It also dispatched protective masks and suits against chemical weapons, as well as drones, in early April.

The government applied the Self-Defense Forces Law as a basis to provide such equipment.

Because the law stipulates that disused items excluding weapons can be transferred to developing countries, the latest bulletproof vests and drones purchased from the private sector are all regarded as "disused items" for shipment.

However, the Self-Defense Forces supplies include defense equipment not allowed to be transferred overseas, while drones could be used in attacks although they are exempt from restrictions.

EXPORT OF DEFENSE ITEMS ONCE BANNED

In 2014, the government agreed to allow the export of defense equipment if certain conditions were met, but an expert points out that its interpretation is unreasonable.

Originally, export of arms and related technologies outside of the country had been banned in Japan, in principle.

But the administration of then-Prime Minister Shinzo Abe adopted the Three Principles on Transfer of Defense Equipment and Technology at a Cabinet meeting in 2014, allowing arms exports under certain conditions.

The new principles were initially aimed at reducing the increasingly rising costs of defense equipment.

Until then, Japanese defense equipment were banned from export. Major suppliers were unable to mass-produce them, leading to higher unit prices and placing a financial burden on defense budgets.

Japan was also excluded from international co-development projects in which member countries pooled their money and brought in their own technology, leading to increased development costs to develop defense equipment on its own.

To remedy the situation, the government came up with the new three principles under the banner of promoting international cooperation.

That year, the export of parts for surface-to-air missiles to the United States was approved for the first time under the new rules.

Japan also decided to launch a joint research program on an air-to-air missile with Britain on the pretext of exporting "technology" overseas.

The following year, in 2015, the government decided to export software and parts for the display system used for Aegis-equipped ships to the United States with an intention to jointly produce the system.

But in recent years, the purpose of the new rules is not limited to reducing costs.

In 2017, Japan leased aircraft previously used by the Maritime Self-Defense Force to train its pilots to the Philippines for a fee.

But Tokyo later revised the public finance law to add an exception rule for the SDF to transfer the ownership of the airplanes to Manila.

Japan also donated helicopter parts to the Philippines in 2019.

These offerings are intended to bolster the Philippines' warning and surveillance capabilities to keep China in check in the South China Sea where Beijing is militarizing islands.

In 2020, Mitsubishi Electric Corp. struck a deal with the Philippine government to export air defense systems. The move is also aimed at cultivating the Japanese defense industry.

But unlike previous cases, Japan is now providing equipment to a location where two countries are at war with one another.

Transfer of defense equipment and technology to countries that are "party to a conflict" is not permitted under the new three principles.

However, the principles define such countries as those "against which the United Nations Security Council is taking measures to maintain or restore international peace and security in the event of an armed attack."

In addition, defense equipment whose export is banned under the new principles are detailed in a list attached to the Export Trade Control Order based on the Foreign Exchange and Foreign Trade Law.

In the latest case, only bulletproof vests, protective chemical masks and suits are restricted under the new principles.

As for drones, which are not applicable to the principles and are also exempt from examination, are believed to be operated by civilians in Ukraine to scout the positions of Russian forces and provide information for Ukraine troops to attack their enemies.

As for bulletproof vests and other equipment already provided to Ukraine, a senior SDF official had said that it would be impossible to gain understanding from the public if Japan were to export highly lethal weapons.

In addition, the official said that the equipment sent to Ukraine was narrowly within the limit of those the SDF can provide.

However, some Defense Ministry officials have raised concerns over the provision of drones. They said it was a form of support completely different from conventional ones and that it could contradict previous policies.

Military commentator Tetsuo Maeda expressed understanding for the provision of defense equipment, saying that it was permissible in light of the Three Principles on Transfer of Defense Equipment and Technology.

But he pointed out that drones could be used in attacks, adding, "Ukraine is clearly a party to war, and the government's interpretation is unreasonable in any way."

He continued, "After all, it is up to the government to determine how much it wants to expand its arms export. Taking this opportunity, we need to deepen discussions on what we think about weapons."