Osaka exhibition taps into the genius of director Hideaki Anno 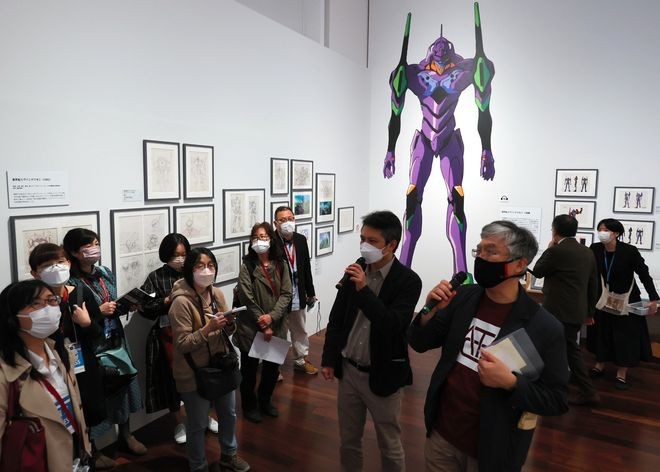 The Hideaki Anno Exhibition brings together at least 1,500 items, including artwork, models and other materials. It is being held at the Abeno Harukas Art Museum here.

The Asahi Shimbun is among the organizers of the event, which runs until June 19.

Other exhibits include scripts, memos and other materials for his own productions.

Storyboards for the “Evangelion” franchise, which started as a TV show in 1995 and is still massively popular, as well as drafts of original illustrations for “Nausicaa of the Valley of the Wind,” an animated film by Hayao Miyazaki in which Anno was involved, are also featured.

An animated short film created by the director when he was studying at the Osaka University of Arts is also featured.

A pedal sewing machine used in his parents’ home, which the creator said served as the inspiration behind his lifelong interest in machinery, is also exhibited.

Visit the official website at (https://www.annohideakiten.jp/) for more details.