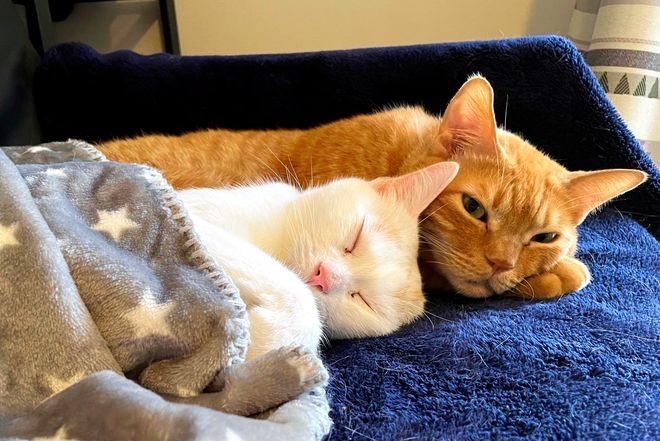 This just in. A study in Japan suggests that domestic cats do not deserve their bad rap for antisocial behavior.

Researchers with Kyoto University and other institutions found that cats recognize other felines in the same household when the names of the latter are called.

Team members said cats conjure up a mental image of other felines in such situations.

“What we discovered is astonishing,” said Saho Takagi, a research fellow specializing in animal science at Azabu University in Kanagawa Prefecture neighboring Tokyo who initiated the study when she worked at Kyoto University. “I want people to know the truth. Felines do not appear to listen to people’s conversations, but as a matter of fact, they do.”

The finding was published in the scientific journal Scientific Reports.

Just like humans, animals also react to unexpected situations, causing them to pay close attention to whatever is happening for prolonged periods.

Realizing this was the case, team members wanted to determine if cats can identify the names of their “friend” felines. For the study, they selected 25 cats from households with three or more pet felines each.

With them seated, the researchers let the cats hear human voices calling names of other felines in the same household. The images of named cats and others were then displayed on a monitor to examine their reaction.

The results showed that felines kept looking at the photos of unnamed cats longer, suggesting they know the names of those they live with.

This difference was not apparent when felines kept at cat cafes were used. The researchers said this was probably because so many cats live in the facilities that the name of each one is called less frequently.

For their next study, the researchers hope to determine how cats can remember others’ names in daily life and how far they understand language.