VOX POPULI: Praying for the return of clams and clammers in southern Kyushu 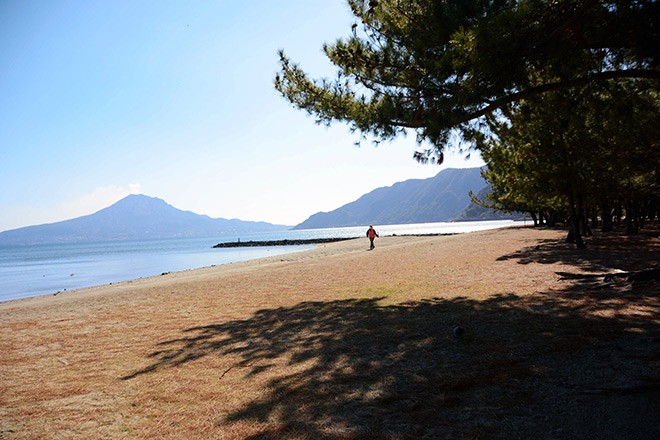 The clam-digging season is here.

But there are no cheerful voices of clammers at Shigetomi Beach in Aira, Kagoshima Prefecture.

Clamming is being banned, again, at this beach that was once a mecca of “asari” (Japanese littleneck) production in southern Kyushu.

Attempts are being made to restore the tidal flats to revive the dwindling local mollusk population.

“We want to bring life back to the beach by kicking asari farming into gear,” said Yoshinobu Nakahara, 72, who heads the local fishery cooperative’s asari research group.

A former firefighter, he took to full-time clam farming after retirement.

The local clam population began shrinking about 30 years ago. When attempts at banning clamming and releasing juvenile clams into the sea failed to produce results, Nakahara went on an inspection tour of established clam farms in Toba, Mie Prefecture.

He filled mesh bags with seashells and pebbles and placed them in the shallows. Clam larvae finally began to adhere to the inside of the bags.

But his troubles were not yet over.

Species of rays that lived only in the south moved to the north in droves, devouring shellfish.

One year, a direct hit by a typhoon blew away all his clams on aquaculture netting.

“How to protect mesh bags from being ripped up by natural enemies, such as rays and black sea bream? How to withstand gale-force winds? These are what you have to contend with when dealing with Mother Nature,” Nakahara noted.

But nature is not the only threat. Asari growers today are plagued by crooked dealers who falsify the origin of their clams.

Just the other day, a long-running fraud came to light, in which imported clams were sold as products of Kumamoto Prefecture.

“But ours are genuine local clams,” Nakahara beamed. “Raised in local water and sand, and fed with local plankton. Just look at them.”

The clams he scooped up in his hands were well-rounded and glistened in the sun.

Strolling in the shallows after the tide had gone out, I felt the warmth of the sea in springtime through my rubber boots. And when I raised my eyes, Sakurajima island lay directly ahead.

Gazing at its majestic form, I prayed the beach would reopen for clamming before too long and be filled with the happy shouts of visitors.