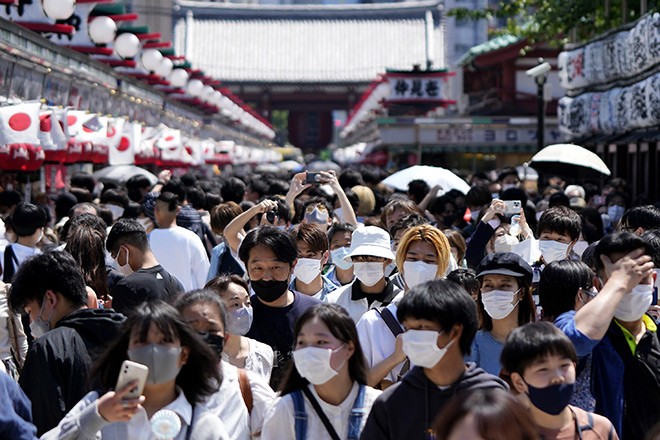 The daily average of new infections over the week through May 6 in the capital was 2,842.9, or 58.8 percent of the average for the preceding week.

Five deaths among patients in their 50s or older were also reported in Tokyo.

The metropolitan government said it would consider requesting the central government to issue a state of emergency for Tokyo if the occupancy rate of beds for seriously ill patients rose to between 30 and 40 percent.

Eight patients had symptoms serious enough to require the use of a ventilator or ECMO heart-lung bypass machines. The figure was a decrease of two from the previous day.