4-day week catching on among firms in changing Japan 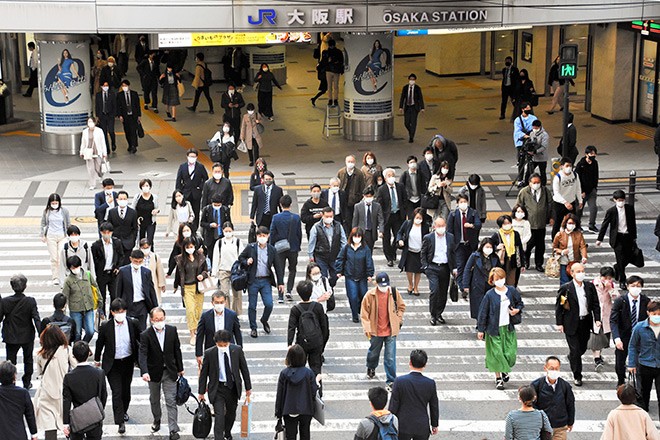 More of Japan’s biggest corporate names are moving toward introducing a four-day workweek, a notion that was once unthinkable in a country whose postwar prosperity was built on a work force willing to sacrifice home life for the good of the company.

The change, triggered partly by a growing labor shortage brought on by a rapidly aging population and dwindling birthrates as well as changing lifestyles and expectations, has the potential to rewrite the country’s work landscape. For one, it would widen the gap in days off between large and small companies.

Electronics giant Hitachi Ltd. is among a growing number of big companies introducing a four-day workweek. Initially, the policy will apply to around 15,000 employees.

Hitachi said it does not plan to reduce the salaries of those choosing the four-day option, but will ask them to make up the difference in work hours over a five-day week by working longer when they are in the office.

Companies are moving in this direction for all sorts of reasons.

In the past, employees often chose to quit to care for elderly relatives or children. Allowing workers to choose four-day workweeks would give them more time to attend to the domestic front and allow them to retain their jobs in the company.

Other companies are moving toward a four-day workweek to allow employees more time to pursue advanced degrees or study for certification tests. Some simply hope their employees will use the time freed up for volunteer activities or side businesses.

Among major companies that have introduced four-day workweeks so far are Fast Retailing Co., which operates the Uniqlo chain of clothing outlets, and Mizuho Financial Group Inc. Panasonic Holdings Corp. is planning to introduce the arrangement in the current fiscal year.

However, those companies have different approaches toward the pay scale for those choosing a four-day workweek. Panasonic’s plan would cover about 5,000 employees and officials said they were still deciding how the change would affect their salaries. Mizuho Financial Group employees working four days a week will likely see their incomes drop.

In the Basic Policy on Economic and Fiscal Management and Reform approved in June 2021, the government encouraged companies to introduce and spread four-day workweeks.

But a January study by the labor ministry found that only 8.5 percent of companies said their employees were taking more days off than under a five-day workweek. Among companies with 1,000 or more employees, the ratio giving that response was 12.6 percent, but it fell to 7.4 percent for companies with between 30 and 99 workers.

Small companies have already been left behind in terms of the number of employees teleworking, in part due to the nature of their business operations.

Those working in sectors such as retailing, restaurants, medical and elderly care also find it more difficult to take days off, even under a five-day workweek.

Takuya Hoshino, a senior economist at Dai-ichi Life Research Institute, welcomed the moves to widen the work options available to employees, but said it would be next to impossible for all companies to follow suit, noting there are some jobs that are not conducive to a four-day workweek or teleworking.

“With signs that the labor shortage is becoming more serious, there will also be a need for the government to encourage investment by companies so their employees enjoy greater benefits,” Hoshino added.

(This article was written by Koichi Murakami, Fumiko Kuribayashi and Hiroki Hashimoto.)