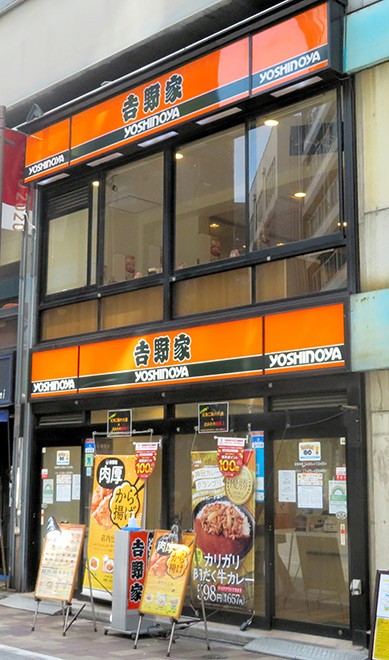 The Japanese beef bowl restaurant chain Yoshinoya Co. rejected a job-seeking university student from participating in a company recruitment event on the assumption that they were a foreign national.

A recruiter on May 1 emailed the student, who had applied through an online job-hunting site, informing them that their reservation for the event was canceled on the grounds of their foreign nationality, according to Yoshinoya Holdings Co.

It said the student’s name and personal information suggested the student was a foreign national. But Yoshinoya failed to confirm that before screening the student out.

The company is supposed to contact applicants individually to confirm their names and nationalities. If the company rejects an applicant’s participation in recruitment events, it must provide them with an explanation. But the company said this time it mistakenly sent the email without first contacting the student.

“We apologize for not performing the identification procedure, which should have been in place,” a company representative said. “We are deeply sorry for the lack of explanation.”

Yoshinoya said it has screened out applicants from the event on the assumption of foreign nationality since January 2021. The company cited previous cases where it had to cancel job offers for foreign nationals studying in Japan who were unable to obtain work visas.

It said it had not received any complaints about its stance and will not change it.

The Yoshinoya representative explained that the company hires foreign nationals to work for it on the assumption that they will be able to obtain work visas.

The company said it will contact the university student and consider how to handle the situation.

The high-profile incident comes on the heels of another scandal in April, when the company fired a managing director for making derogatory remarks about young women in a business seminar.

(This article was written by Hideaki Sato and Natsumi Nakai.)