Student creates event for people who have lost their mothers 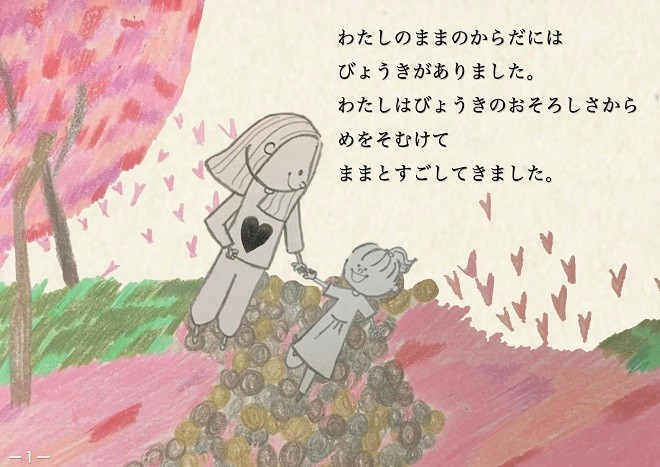 Streets adorned with carnations and social media flooded with comments thanking mothers on May 8 all served as painful reminders to those who have lost their moms.

Struggling with the loss of her mother on the second Sunday in May every year, a college student organized an online letter exhibit so that those like her can express their feelings through missives.

She is an official of Mujo, a Tokyo-based start-up firm operated by students to offer a service where messages for, and commemorative images of, departed individuals are shared on the internet to remember them.

She lost her mother to breast cancer when she was a third-year junior high school student. Since then, Mother’s Day has served as a painful reminder of her mother’s passing.

Nakazawa has sometimes placed carnations at a “butsudan” home Buddhist altar, but she said she felt jealous seeing other friends posting photos on social media of their mothers, knowing she could never thank her mother again.

During her childhood, Nakazawa always stayed close to her mother and did everything together. She started practicing classical ballet at age 2 because her mother took such lessons, too.

They called each other “mom” and “Kiku-chan.” The mother and daughter went to Tokyo Disneyland together and bought clothes as if they were sisters.

After developing carcinoma, Nakazawa’s mother was hospitalized and discharged on many occasions during her eight-year fight with cancer.

While Nakazawa, as a junior high schooler, understood her mother “could die soon,” she was unable to believe it.

Their eternal parting came when Nakazawa turned 14. A range of emotions-- from sadness to anxiety about having days without her mother--coursed through her mind. She searched online for the words “junior high schooler,” “lost parents” and “what to do.”

Nakazawa knew her mother had died but could not come to terms with her loss. She said she failed to come to grips with the reality for many years, given that she rarely spoke of her mother’s passing in front of friends.

About two years ago, however, Nakazawa participated in a gathering of people who had lost family members. Hearing a participant ask them to state “what aspects of your mother you loved,” Nakazawa fostered various feelings that initially rendered her speechless.

However, after she listened to other individuals’ stories, she gradually became able to accept her mother’s death.

Nakazawa said she has just recently become accustomed to a life without her mother five years following her death.

The passing of time made her realize there are others unable to accept their mothers’ passing.

She came up with the idea to offer an opportunity for them to write letters to deceased parents or to read what is written by others facing a similar situation to help them deal with their loss.

Nakazawa has been summing up her current circumstances in letters in the Christmas season every year since her mother passed on. While her mother was still alive, Nakazawa would send ones to her like she would have to Santa Claus.

To coincide with this year’s missive exhibition she organized on Mother’ Day, Nakazawa penned a letter addressed to her mother, starting with the phrase “Dear, Mom.”

In it, Nakazawa explains her donning the same “furisode” long-sleeved kimono as her mother for the traditional coming-of-age ceremony and her sobbing frequently like in the past.

Nakazawa writes about her partner whom she met in college and says she wishes her mother could meet him.

She ended her letter with: “Thank you for giving birth to me. Thank you for being my mom. I am grateful I was your child. I will become a warm mother like you. Please watch over me. I will work hard to be stronger. I will write to you again.”

Those who have lost mothers-in-law, foster parents or others who can be regarded as their “mothers” could also participate in the exhibit.

The mothers’ ages at their deaths, as well as how old the senders were at the time, went on display on the exhibition’s website at (https://mmmm.sososhiki.jp/). But the writers’ names are not shown. The website solicited letters up until May 8.

Participants who do not want their letters to be displayed can request theirs not be posted.