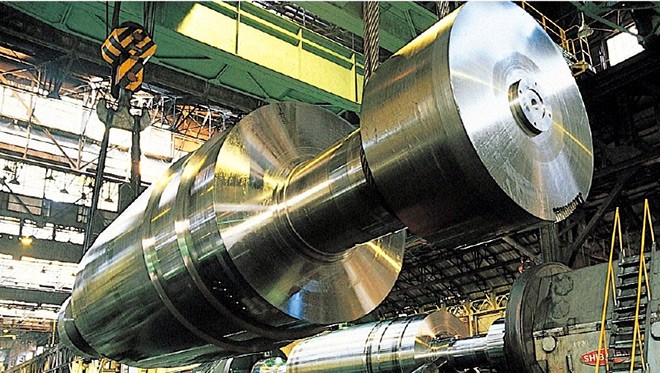 The fabricated data concerned rotor shafts, which are used for turbines and generators at power plants, and retaining rings that fasten the coils of generators, according to the company’s announcement on May 9.

JSW said no serious operational issues have arisen from the fraudulent data.

“No concrete problem that affects quality and performance has been confirmed at this point,” JSW said.

But it acknowledged that it is talking with its customers about the possibility of replacing the products.

In fiscal 2021, JSW delivered 524 units of these products, including 70 that did not meet safety standards.

The company said the falsified data practice had continued for 24 years until February this year.

If products failed to meet the standards during inspections, the company’s product department instructed the inspection department to fake the data so that they would pass.

JSW also said it had altered or omitted some of the measuring procedures to avoid delays in the delivery of the products.

The company acknowledged that the products in question were shipped for use at thermal or nuclear power plants, but it did not disclose the names of the facilities, saying it is still in the confirmation process.

The rotor shafts and retaining rings were manufactured by Japan Steel Works M&E Inc., a wholly-owned subsidiary based in Muroran, Hokkaido.

Japan Steel Works M&E was established in April 2020, indicating the parent company was involved in the fraudulent activity for most of the 24-year period.

A whistleblower exposed the wrongdoing in February.

When JSW acknowledged the falsified data on May 9, it did not provide information on the total number of products affected and where they were delivered to.

It also did not give a news conference on the matter, saying it lacked enough information at this early stage in its inhouse investigation.

JSW did say it plans to publish the findings of the investigation by the end of October after it sets up a committee of lawyers.

But JSW said the subsidiary has a separate department that oversees quality of those components, and that it is not aware of any illicit activity involving them so far.