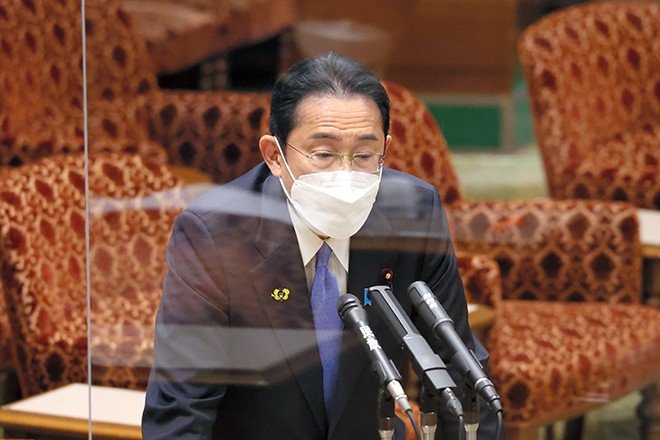 The Diet on May 11 passed an economic security bill that will greatly increase government oversight over advanced technologies, despite the many largely unanswered questions from the private sector about the proposed law.

The law will cover four broad areas: strengthening supply chains for key materials and parts, such as semiconductors; government oversight in the installation of vital equipment and computer systems in core infrastructure to guard against cyberattacks; encouraging research and technological cooperation between the private and public sectors; and securing sensitive technological information in patents.

The business world was especially concerned about the government oversight role regarding core infrastructure.

Companies in 14 industrial sectors, such as electric power, finance and railways, will have to submit their plans for installing important computer systems so government officials can check that foreign products vulnerable to cyberattacks are not being considered for installation.

The bill did not clearly define which equipment would be covered by that oversight function.

Opposition party lawmakers said the wording gives the government carte blanche because of the provision that Cabinet and ministerial orders to be decided later would contain the details.

In fact, there are 138 sections of the law in which such orders will provide the details for actually implementing the legislation.

During Diet deliberations, government officials gave only vague responses, such as that small businesses would not, in principle, be covered by the law’s provisions or that only equipment considered “truly necessary” would be subject to the oversight.

Government sources said the actual writing up of the Cabinet and ministerial orders will likely not begin until after this summer’s Upper House election.

The new law also has penalties against companies that violate the provisions. The maximum penalties are two-year prison sentences or fines up to 1 million yen ($7,700).

Prime Minister Fumio Kishida’s administration moved to push through the legislation because of the confrontation between the United States and China over which side would gain the upper hand in advanced technology.

That conflict escalated when the U.S. administration of President Donald Trump strengthened import restrictions on products made by Chinese telecommunications giant Huawei. The argument was that Huawei was under the control of the Chinese military.

Lawmakers within Japan’s ruling Liberal Democratic Party also called for laws to guard against the leaking of information or advanced technology to foreign nations.

Despite the concerns about the legislation, it passed the Upper House overwhelmingly on May 11. Even opposition parties, such as the Constitutional Democratic Party of Japan, Nippon Ishin (Japan Innovation Party) and the Democratic Party for the People, voted for it.

The Lower House earlier passed the bill, with only the Japanese Communist Party and Reiwa Shinsengumi opposed to it.