Russia reports finding body of a woman on Kunashiri island 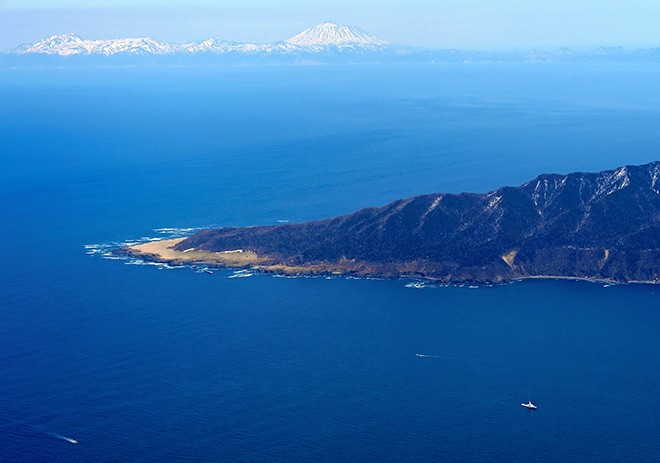 Vessels search on April 25 for missing people who were aboard the sunken Kazu I tour boat. (Sayuri Ide)

Russia reported on May 10 that the body of a woman had been found on the coast of the western part of Kunashiri island, part of the disputed Northern Territories, according to Japan Coast Guard officials.

The Coast Guard is now investigating the possibility the woman was aboard the Kazu I tour boat, which sank off the Shiretoko Peninsula in Hokkaido on April 23. Twenty-six people were aboard, including crew members and passengers.

Fourteen bodies have been recovered while 12 people remain missing.

The body was found on May 6 before being transferred to a hospital in the Furukamappu district on the island, according to the 1st Regional Coast Guard Headquarters.

The woman had no possessions on her that could reveal her identify.

The Coast Guard is working to confirm whether she was one of the passengers through various means including diplomatic channels with Russia.

The Northern Territories are islands off the coast of Hokkaido, seized by the Soviet Union at the end of World War II and claimed by Tokyo.

The Coast Guard has been continuing its search in areas including those around Kunashiri island.