VOX POPULI: Invasion of Ukraine tightens resolve to stand up to Russia 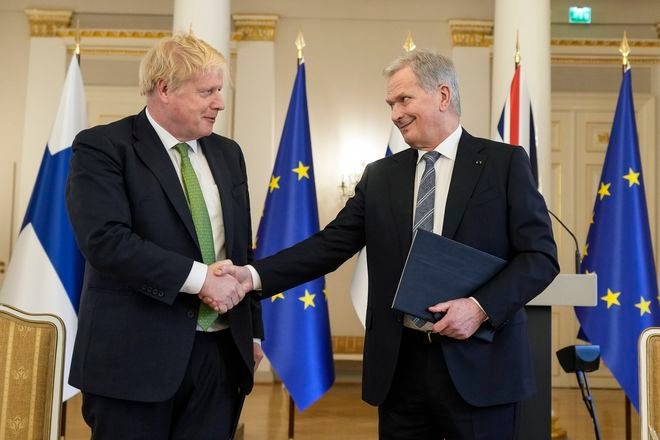 After being invaded by the neighboring Soviet Union during World War II, Finland sided with Nazi Germany to protect its independence.

The eventual creator of Moomin books for children expressed her hatred for war to the effect: “War is going on everywhere. I have trouble finding my words these days. The agony borne by the entire nation is crushing me, tearing me into pieces, assaulting me with terror as if I am being blown up.”

Perhaps in search of her own salvation, she wove fantasy tales.

In “Tove Jansson Life, Art, Words,” author Boel Westin notes themes in her early works, such as family breakups and loss of hope, were inspired by the war.

Just as Jansson’s stories were born from her tragic experiences, postwar Finland adopted a new style of diplomacy--neutrality.

Positioning itself outside the conflicts among major powers, Finland remained amicable toward the Soviet Union while establishing relations with the West.

Finland joined the European Union after the end of the Cold War, but not the North Atlantic Treaty Organization (NATO).

But now, Finland says it is ending this balance diplomacy.

Finnish President Sauli Niinisto announced May 12 his nation will file an application for NATO membership. Following the Russian invasion of Ukraine, a growing popular chorus has arisen for joining the alliance rather than maintaining neutrality.

Instead of shaking up the West, Russia’s action has produced the opposite result.

If Finland’s NATO membership is approved, Russia’s border with NATO nations will stretch twice as long.

There is no serenity of the Moomin Valley in the European situation that only keeps becoming more worrisome.