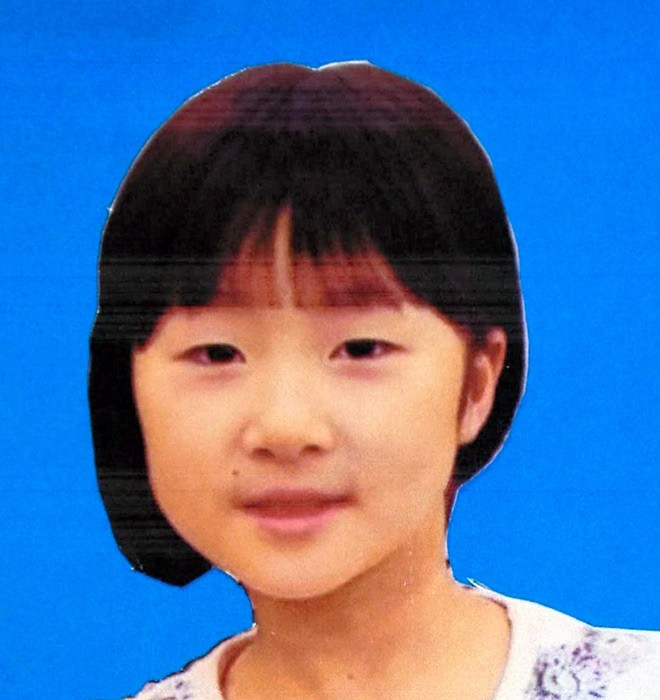 KOFU--Yamanashi prefectural police said DNA tests on a bone fragment found in a mountainous area of Doshi here showed beyond doubt that a 7-year-old schoolgirl who went missing in 2019 on a family camping trip is dead.

“We have determined that Misaki (Ogura) is dead,” prefectural police announced May 14, citing the test on the shoulder blade, which it labeled as indispensable for the sustenance of life.

The cause of death has not been established.

Police said the girl’s family has been informed of the DNA test result.

Investigators are also analyzing textile fibers with a tag that were found in the general area to determine if they came from clothes Misaki was wearing when she disappeared.

The elementary school girl disappeared on Sept. 21, 2019, while on a camping trip in Doshi village, Yamanashi Prefecture, with her family and friends and their families. She lived in Narita, Chiba Prefecture.

Her whereabouts had remained unknown since she was last seen going out to meet friends.

Police, firefighters, Self-Defense Forces personnel and volunteers staged a massive search of mountains and streams in the area for about two weeks after Misaki’s disappearance.

Her family never gave up searching and solicited information from the public on their missing daughter by handing out fliers in Yamanashi Prefecture and releasing video and still images of her on social media.

The first breakthrough in the case came April 23 when a man searching for Misaki in his spare time stumbled upon a skull fragment about 600 meters from the campsite.

When police resumed a search of the area, they discovered a child’s gym shoes and socks that resembled footwear Misaki wore that day.

DNA testing of the skull fragment did not establish a direct link with the missing girl.

But police announced May 12 that a study of the mitochondrial DNA, which is inherited exclusively from the mother, did not rule out a blood tie.

The shoulder blade was found May 4 and two pieces of bone, presumed to be human, were discovered May 11.

Police defended their track record in searching for the girl when quizzed by reporters if they could have done more. An official stated that there was no flaw in the way the searches were carried out.

Police noted that the bone fragments and clothing were discovered only recently as the searches involved areas that were not easily accessible.

Police said they will continue to investigate the case as a possible accident or foul play.

(This article was written by Takuya Ikeda and Nobuyoshi Yonezawa.)