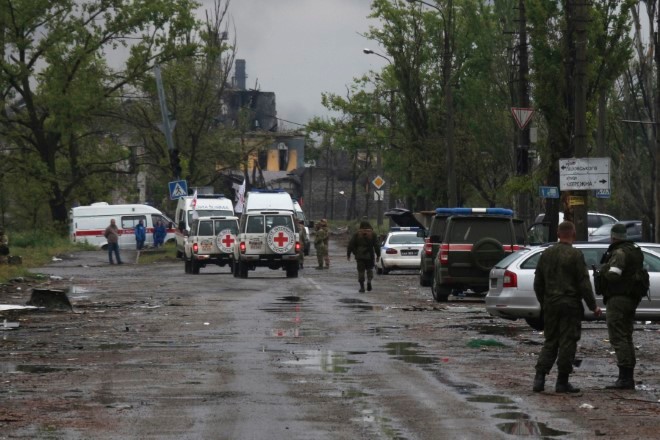 Red Cross staff drive by in their vehicles to the besieged Mariupol’s Azovstal steel plant to observe the evacuation of Ukrainian servicemen from the Azovstal steel plant, in Mariupol, in territory under the government of the Donetsk People’s Republic, eastern Ukraine, May 18, 2022. (AP Photo)

Japan will double fiscal aid for Ukraine to $600 million in a coordinated move with the World Bank to back the country’s near-term fiscal necessities damaged by Russia’s invasion, Prime Minister Fumio Kishida told reporters on Thursday.

Japan, a member of the Group of Seven industrialized nations, had previously announced $300 million in loans to Ukraine in April.