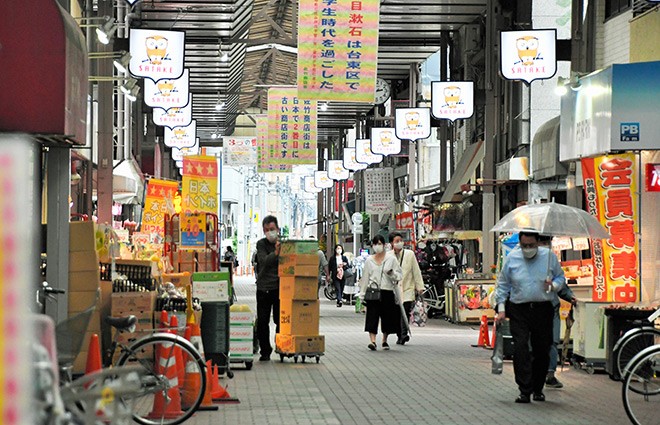 Most pedestrians in this shopping street in Tokyo’s Taito Ward are seen wearing masks on May 16. (Kaho Matsuda)

Tokyo confirmed 4,172 new COVID-19 cases on May 19, down 44 from a week ago, marking the sixth straight day of a week-on-week decline.

The deaths of one patient in her 20s and four others in their 70s to 90s were also reported in the capital.

The daily average of new cases over the week through May 19 in Tokyo was 3,689, or 93.4 percent of the average for the preceding week.

The Tokyo metropolitan government said it would consider asking the central government to issue a state of emergency for the capital if the occupancy rate of beds for seriously ill patients rose to between 30 and 40 percent.

Their number rose by one from the previous day to two on May 19.