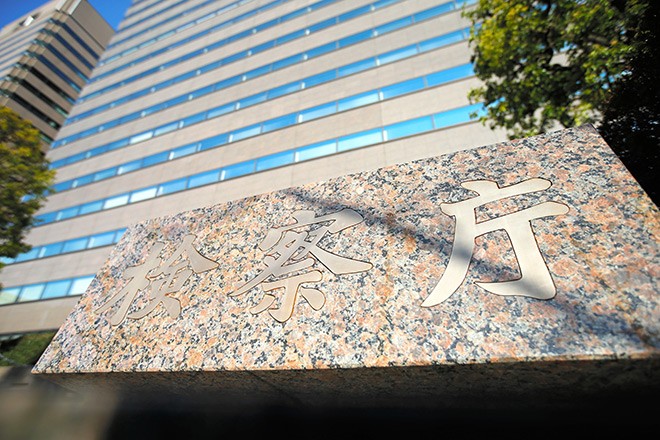 Tokyo prosecutors indicted three former executives of a Japanese plastic products manufacturer on charges of bribing Vietnamese customs officials so that a subsidiary in the Southeast Asian country could evade tax payments.

Prosecutors also indicted Tenma, a Tokyo-based manufacturer of the Fits plastic storage cases that is listed on the Tokyo Stock Exchange, over its corporate liability.

Prosecutors have not disclosed whether the suspects have admitted to or denied the allegations that they violated the Unfair Competition Prevention Law.

The Vietnamese government had ordered Tenma Vietnam to pay the equivalent of 1.8 billion yen ($14 million) in back taxes for 2017.

To reduce that amount, the three suspects allegedly gave cash worth about 9.8 million yen to officials of the Vietnamese customs department at the subsidiary’s office in 2017.

Tenma Vietnam was exempted from the tax order after the cash was provided, according to a report by a third-party committee set up by Tenma.

Hosogoe and Yoshida are also accused of giving about 13.8 million yen to Vietnamese customs officials in 2019 for the same purpose.

Fujino approved that payment after he learned about it, according to sources.

According to the report, the subsidiary was ordered to pay the equivalent of about 2.6 million yen in back taxes for 2019, far less than roughly 90 million yen it was initially charged for the year.

The third-party committee ruled that the cash handouts were inappropriate, and Tenma reported the case to the Tokyo District Public Prosecutors Office in 2020.

Japan has tightened its regulations against corporate bribery overseas.

It signed the Convention on Combating Bribery of Foreign Public Officials in International Business Transactions in 1997, when it was adopted by the Organization for Economic Cooperation and Development.

The following year, the Japanese government added a provision to the Unfair Competition Prevention Law to prohibit the bribing of foreign public officials. The provision was first applied in 2007.

Authorities have since detected 10 cases of suspected violations of that provision, including the latest one.

The OECD criticized Japan for its low rate of detection, compared with up to 40 cases detected annually in the United States and other countries.

In 2019, the OECD urged Japan to extend the five-year statute of limitations on bribing foreign public officials, prompting the economy ministry to set up a study group of experts to discuss its response.

Most group members expressed reservations about the extension, saying Japan determines the statute of limitations periods based on the severity of the offenses.

Some members said the government should urge foreign public officials not to receive bribes, but the government has not taken any action in this regard.

A former Japanese trading company official who worked in Southeast Asia about five years ago said local public officials commonly ask for cash in exchange for expediting application procedures or being less strict in their screenings.

The former official said it is difficult to decline such offers.

“For companies, the consequences from revelations that they are paying cash to foreign public officials should outweigh the temporary inconvenience resulting from refusing the officials’ requests for money,” said Yuhei Sakao, a lawyer well-versed in corporate risk management.