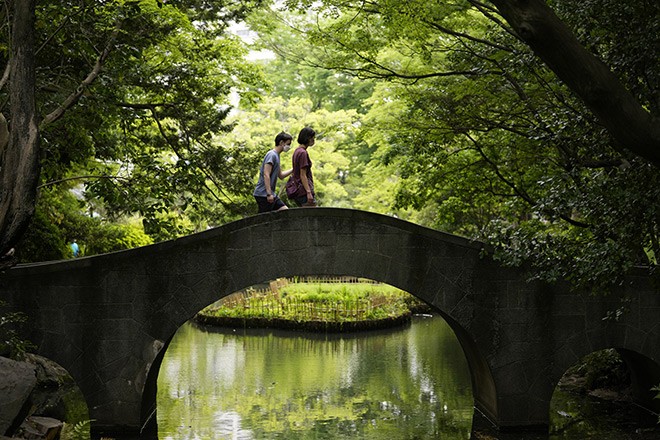 People wearing masks walk across a small bridge over a pond at a park in Tokyo on May 19. (AP Photo)

Tokyo reported 3,271 new COVID-19 cases on May 24, 392 fewer than the previous Tuesday, as the daily number of infections appear to be leveling off in the capital.

The seven-day average of new cases in Tokyo over the week through May 24 was 3,453.9, accounting for 92 percent of the figure for the preceding week.

Serious cases requiring the use of a ventilator or ECMO heart-lung bypass machine totaled four, the same as the day before.