ASEAN nations pick China over Japan as most crucial partner 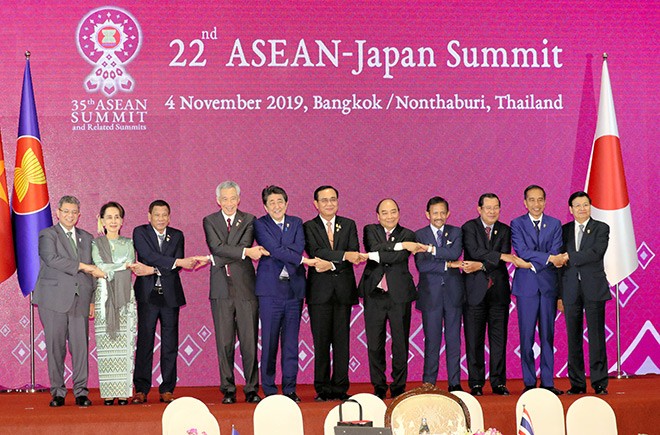 China overtook Japan as a country most ASEAN nations think to be an “important partner in the future” among the Group of 20 members, according to a Foreign Ministry survey.

“We should not react nervously to the outcome of the survey,” a Foreign Ministry official said. “The government will analyze the cause of Japan’s drop and reflect the findings in policy planning.”

China returned to the top for the first time since a similar survey for fiscal 2007.

In the opinion poll on Japan for fiscal 2021, released on May 25, 48 percent of respondents in ASEAN countries chose China, while 43 percent named Japan.

Respondents were allowed multiple answers for the question: “Which countries/ organizations do you consider an important partner to your country in the future?”

In the previous poll for fiscal 2019, 48 percent cited China, the same as in the latest poll, while 51 percent mentioned Japan.

The latest survey involved 2,700 respondents from nine of the 10 ASEAN members: Brunei, Cambodia, Indonesia, Laos, Malaysia, the Philippines, Singapore, Thailand and Vietnam. Myanmar was not included in the poll due to its political instability.

China ranked at the top of the G-20 countries among respondents from five of the nine nations, according to the survey.

Japan’s ranking varied from second to fifth, depending on the ASEAN country.

Japan’s fall comes as the government is placing more importance on its relations with countries in the Indo-Pacific region.

The ministry regularly conducts a similar survey around the world.