Ministry takes some of the blame for sinking of tour bout 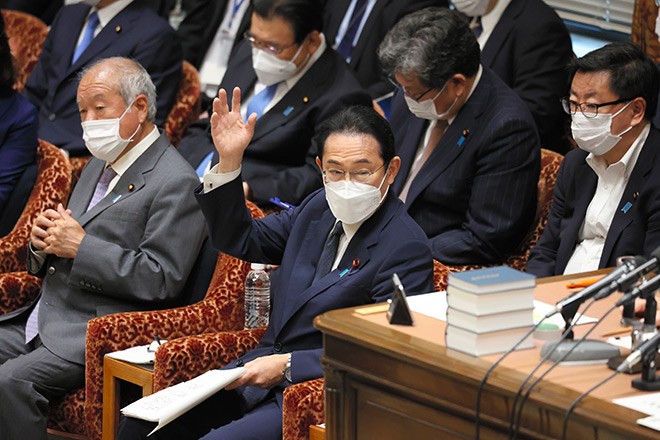 Prime Minister Fumio Kishida indicates he is prepared to respond to a question at the May 27 session of the Lower House Budget Committee. (Koichi Ueda)

Prime Minister Fumio Kishida said the central government bore some responsibility for the deadly sinking of a tour boat off Hokkaido in late April with 26 passengers and crew on board.

Speaking at the May 27 session of the Lower House Budget Committee, Kishida said, “The transport ministry was unable to sufficiently carry out its responsibility because it did not recognize the laxness in the need for safety on the part of the boat operator.”

The transport ministry in May and June 2021 conducted special inspections of Shiretoko Pleasure Boat, the operator of the Kazu I boat, which sank off the coast of the Shiretoko Peninsula in Hokkaido on April 23.

Those inspections were made necessary because of prior accidents involving the company’s boats.

Saying questions were raised about whether the transport ministry’s efforts last year were sufficient, Kishida added, “Because we hold a sense of responsibility, we will improve the situation with the strong resolve to never again allow such an accident to occur.”