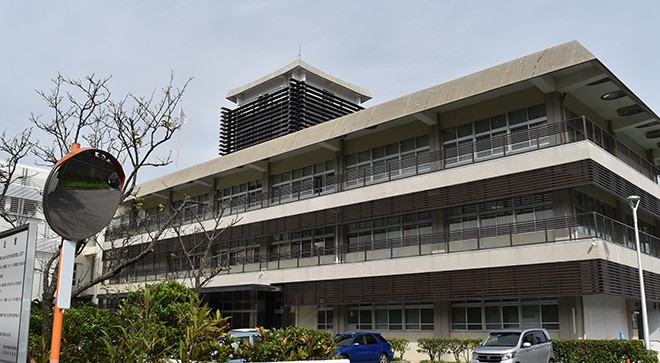 NAHA--The Naha District Court has sentenced a U.S. Marine to four years and six months in prison for a violent sexual assault attempt on a local woman that resulted in injury.

According to the court ruling issued on May 26, the defendant pulled a woman from a car in a parking lot in Naha shortly after midnight on Oct. 29, 2021, and attempted to sexually assault her.

Begaye then got on top of her and punched her several times in the face, injuring her face and head. The woman required about a week to recover, according to the ruling.

The court ruled that the defendant did not have a strong intent to sexually assault the woman, citing his failed attempt. Still, the court called his act “vicious” and criticized him for being “selfish” because he assaulted a stranger, which it said left no room for leniency.

Begaye’s defense team said they are not planning to appeal the ruling.

Okinawa prefectural assembly members who belong to the special committee on U.S. bases in the prefecture visited the Defense Ministry’s Okinawa Defense Bureau and the U.S. consulate general in Naha on May 26.

The assembly members handed a resolution and written opinion in protest of the incident to officials at both offices and urged them to prevent a similar incident from occurring again.

The documents were unanimously adopted at a plenary session of the prefectural assembly on May 13.