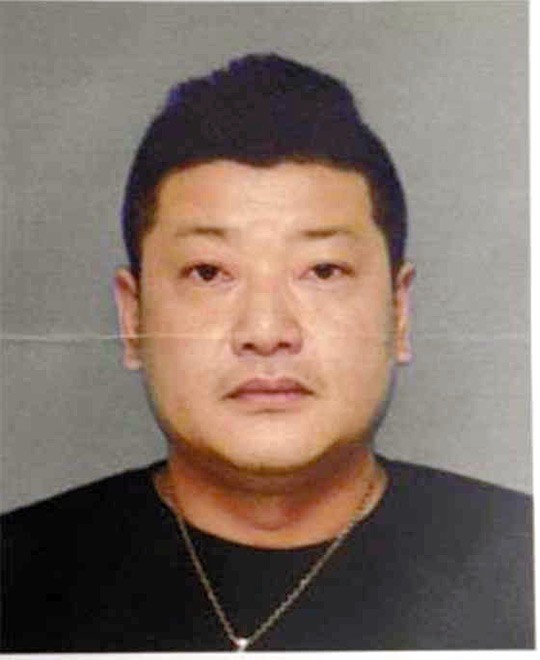 Mitsuhiro Taniguchi is wanted by police. (Provided by the Metropolitan Police Department)

Tokyo police arrested three members of a family on May 30 on suspicion of fraud in connection with the receipt of a massive amount of COVID-19 subsidies for small businesses in distress.

Police also placed a fourth member on an international wanted list, as he is believed to have left Japan.

The Metropolitan Police Department believes that a group led by the family made hundreds of fraudulent subsidy applications and received about 960 million yen ($7.5 million).

Police believe it may be the largest case ever of benefit fraud involving just one group.

Police released a mug shot for Mitsuhiro Taniguchi, 47, who is now believed to be overseas.

Police arrested his ex-wife, Rie Taniguchi, 45, a company executive; her eldest son, Daiki, 22, whose occupation is unknown; and her second son, 21, who was 19 years old at the time.

Investigators said the three submitted false applications from June to August 2020, at the request of three other people living in Tokyo and Hyogo Prefecture, claiming that their sales had decreased due to the pandemic. The three are suspected of defrauding the government of 3 million yen in COVID-19 subsidies.

The three suspects were apparently instructed by Mitsuhiro Taniguchi to submit false tax returns, prepared by the second son on behalf of the person registered with the tax office, and obtain copies of the returns. The ex-wife and eldest son then went through the application procedures to obtain the subsidies, according to investigators.

Mitsuhiro Taniguchi and his group apparently submitted 1,780 false applications under names collected from around the country through acquaintances and seminars claiming that “anyone can get money.”

They fraudulently received subsidies in more than 960 of these cases. It is believed that they received up to hundreds of thousands of yen in each instance as rewards from the people who gave their names.

Investigators believe Mitsuhiro Taniguchi created a group consisting of more than a dozen people, made up of not only his family but also several acquaintances, and that they repeatedly submitted fraudulent applications for pandemic relief aid.

In August 2020, the office offering the subsidies consulted with Tokyo police and the scheme was discovered. Police said they believe Mitsuhiro Taniguchi left Japan for Indonesia two months later.

(This article was written by Masayuki Takashima and Keita Yamaguchi)