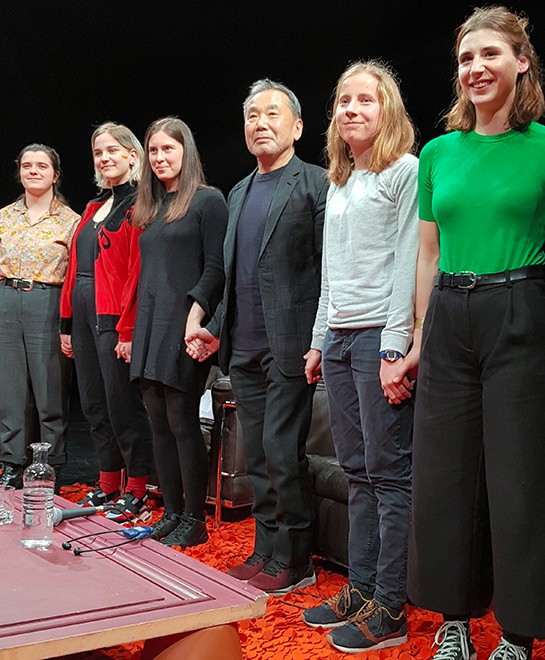 “Inspired by daily events, Murakami also mixes surreal and magical incidents into his works,” the judges said at the awards ceremony in Paris on June 1.

An official from Belfond, which publishes Murakami’s novels in France, attended the ceremony on behalf of the author.

Murakami skipped the event because Japan was imposing strict COVID-19 entry restrictions on travelers, including those returning to the country, when he was notified that he won the prize, according to the publisher.

Instead, Murakami entrusted the Belfond official with a message he wrote to mark the occasion.

It was not read out at the ceremony, but the publisher said the message touched on the role of novelists in the period after the start of the COVID-19 pandemic and war.

In the message, Murakami said to the effect: “We were supposed to have achieved a state of calm, but everything was plunged into turmoil and cracks appeared. In these times, one of novelists’ roles is to make readers face the dark reality.”

The award was named after Cino Del Duca (1899-1967), a publishing magnate from Italy. The judges include members of the French Academy, one of the five academies of the Institute of France.

Past winners include Mario Vargas Llosa and Patrick Modiano, who each went on to win the Nobel Prize in Literature.