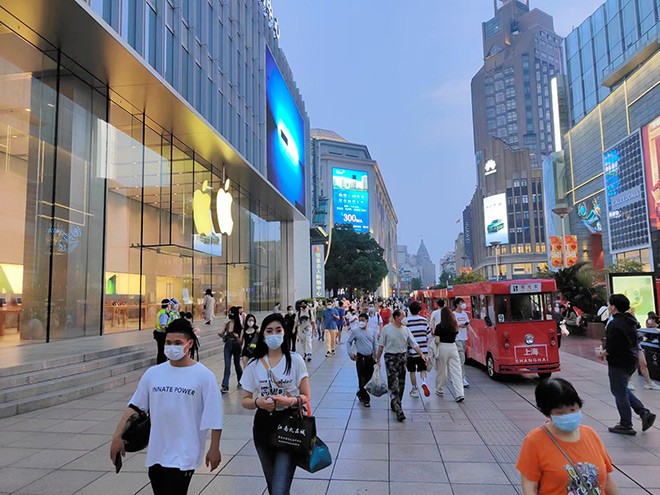 Japanese companies are cautiously resuming operations in Shanghai, well aware that the economic center of China could face another extended lockdown if the novel coronavirus spreads in the city again.

The Chinese government lifted the two-month lockdown in Shanghai that dealt a serious blow to Japanese companies, particularly manufacturers.

Toyota had suspended operations at some assembly lines in its 10 plants in Japan but plans to resume operations after June 13.

Honda is also seeking to bring production back to normal levels from early June.

Yaskawa Electric Corp. has three manufacturing plants in Shanghai. Although operations were suspended at one plant, manufacturing continued at the two others. Workers slept at those two factories during the lockdown.

Still, production was only between 20 and 30 percent of regular levels.

Manabu Okahisa, who heads Yaskawa’s Chinese subsidiary, expressed concerns about whether parts will be available but said the plan was to return to normal operations on July 1.

Panasonic Corp. stopped taking orders from domestic retail outlets in April for microwave ovens and washing machines because its plants in Shanghai had suspended operations.

Company officials said a resumption would depend on the instructions given by the Shanghai municipal authorities.

Sony Group Corp. has also gradually resumed operations at its Shanghai facilities, but company officials said there was no telling when full production will return.

The Japanese Chamber of Commerce and Industry in China on May 31 released the results of a survey of Japanese companies.

Many of the companies surveyed said they realized anew the existence of a “China risk.”

An official with a major automaker said measures are needed to ensure a smooth supply of parts in the future.

Others expressed concerns about the confusion that may arise now that the lockdown has been lifted.

An official with a trading company said if exports from Shanghai to the United States suddenly surge, U.S. ports could again experience delays in unloading containers that have continued since 2020.

Pessimism was also spreading over how soon the Chinese economy could recover.

The Chinese government has set an economic growth goal of 5.5 percent for this year, but predictions by economic analysts have generally been between 3 and 5 percent.

One Japanese analyst said the Chinese economy might even shrink for the April to June quarter.

(This article was written by Junichi Kamiyama and Takehiro Tomoda in Tokyo and Akihiro Nishiyama in Beijing.)