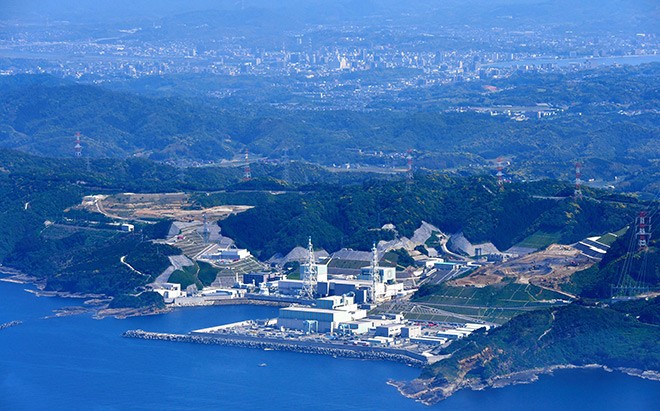 Shimane Governor Tatsuya Maruyama has agreed to a restart of the No. 2 reactor at Chugoku Electric Power Co.’s Shimane nuclear power plant after more than a decade.

With the governor’s consent, the company’s procedures for obtaining local consent are completed, meaning it could come back online as early as next year, although it still requires final regulatory approval.

“If the reactor does not restart, the impact on the local economy will be huge,” Maruyama said during a plenary session of the prefectural assembly meeting on June 2, and added that the restart is now “inevitable.”

“It is important that the local consent was obtained,” Chief Cabinet Secretary Hirokazu Matsuno said at a news conference on June 2.

“With the continuing rise in fuel prices and an energy supply bottleneck, it is necessary to utilize (nuclear power) to the maximum.”

After being suspended for about 10 years, this all but clears the way for the reactor, which is the only one in Japan located in a prefectural capital, to be restarted as early as fiscal 2023.

The utility had halted it in January 2012 for a regular inspection and has kept it offline since then.

The reactor passed the Nuclear Regulation Authority’s safety inspection in September 2021, and then in February this year, the city government of Matsue, which hosts the plant, agreed to restart it.

The No. 2 reactor is a boiling water reactor, the same type as the ones that melted down at the Fukushima No. 1 nuclear plant in 2011.

Restarting it would mark the first time since the 2011 Great East Japan Earthquake for a boiling water reactor to be brought back into operation.

But the company’s construction plan and safety regulations will first have to be accepted by the regulator, and construction of new safety countermeasures against the potential risk of earthquakes and tsunami must be completed.

Construction of those safeguards is expected to wrap up in February 2023.

About 460,000 people live in the evacuation area of the nuclear power plant. The figure is the third largest in Japan.

Under the evacuation plan, in the event of an emergency, many of the residents in the prefecture would be expected to evacuate to 49 municipalities in Hiroshima and Okayama prefectures.

The number of those who need support to evacuate, such as hospital patients, people with disabilities and pregnant women, is expected to be about 58,000.

They would be expected to evacuate by bus or social welfare vehicles arranged by the Shimane and Tottori prefectural governments.

But some have questioned the viability of the plan.

Concerns have been raised if adequate support exists for people who require special assistance to evacuate the area, whether Hiroshima and Okayama prefectures would be prepared to take in that many evacuees, and if evacuation routes could be secured in the event of a natural disaster.