Sukiya to end its single-staff morning shifts after worker dies 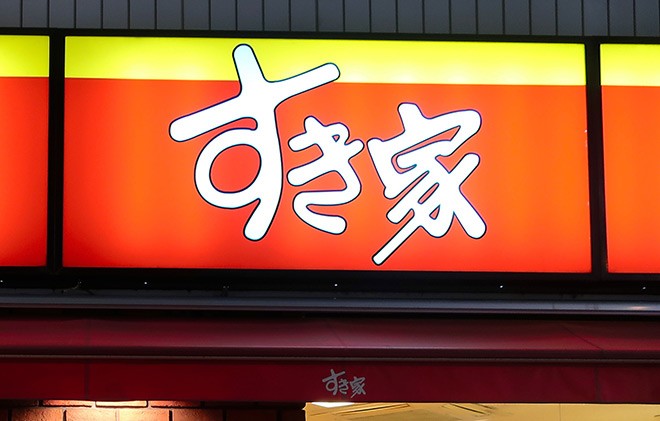 The Japanese beef bowl chain Sukiya Co. is vowing to improve working conditions after it revealed that an employee who collapsed while working alone on an early January morning had died from a heart attack.

It took more than three hours until the part-time worker in her 50s was found by her colleague after she collapsed, according to Zensho Holdings Co., which operates Sukiya.

"We will make further efforts to improve the work environment for our employees,” said a representative of Zensho Holdings.

Sukiya announced on June 1 that it will abandon single-staff morning shifts by the end of this month, in addition to previous steps it had taken to remove single-staffer overnight shifts.

The company said the woman started her shift at 10 p.m. on Jan. 16 at a restaurant in Nagoya where she did not normally work. After 5 a.m. the next day, she was the only one working at the outlet.

Sukiya said another part-time worker came to work around 9 a.m. and found her lying on the floor. A security camera captured the scene of her collapsing in the outlet at around 5:30 a.m., which means it took more than three hours until she was found.

In 2014, the company decided to stop having only one person work overnight shifts, from midnight to 5 a.m., at its restaurants in response to criticisms of the harsh working environment and concerns about security.

The latest case has pushed the company to make further changes. It plans to have two or more people working morning shifts, from 5 a.m. to 9 a.m., at its outlets by the end of the month.