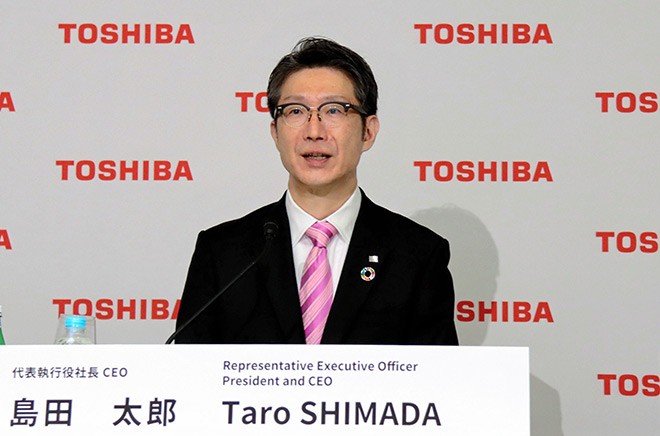 The industry ministry is wary of the possibility that foreign interests could end up buying electronics and energy giant Toshiba Corp., sources said.

The struggling company on June 2 said it had received 10 investment proposals, including eight that recommended privatization.

Toshiba solicited restructuring proposals after its shareholders in March voted down the company’s breakup plan, which was backed by the management.

Although Toshiba did not name the potential investors, American private investment firm Bain Capital has shown an interest in Toshiba.

Toshiba has long had strong ties with the industry ministry. The company’s businesses include nuclear power plants and manufacturing defense equipment.

Some senior officials at Toshiba colluded with the ministry to pressure foreign shareholders in the company to refrain from voting at Toshiba’s 2020 shareholders’ meeting.

When Toshiba announced in April that it would consider going private, industry minister Koichi Hagiuda said, “Toshiba has important technologies related to Japan’s security, such as nuclear power and semiconductors.”

He said the government will keep a close eye on which direction the company takes.

Foreign investors would face hurdles under the Foreign Exchange and Foreign Trade Law even if they are to buy Toshiba’s shares. To smooth the process, they could join hands with Japan Investment Corp. (JIC) to buy a stake in Toshiba.

JIC is a public-private partnership, but 90 percent of its shares are owned by the government. The industry ministry has close relations with JIC.

Regarding the pressure on foreign shareholders, the ministry has maintained that it was the “reasonable thing to do,” citing Toshiba’s importance for Japan.

However, the ministry’s intervention sparked a backlash from investment funds known as activist shareholders, and fueled the governance crisis facing Toshiba.