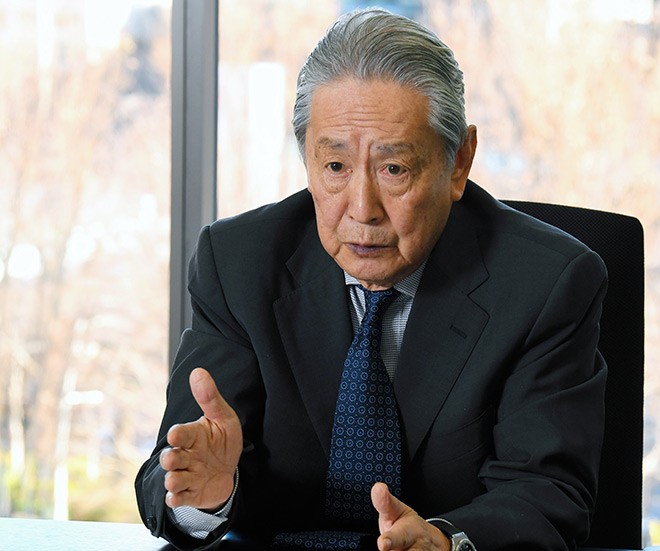 Nobuyuki Idei, a former president and CEO of Sony Corp. who led the electronic giant’s push into the digital age, died at 84 on June 2.

The cause of death was liver failure. A funeral service was held by close relatives.

Under his watch, Sony rolled out the VAIO personal computer, among other hit products.

Idei, a native of Tokyo, joined Sony Corp. in 1960 after graduating from Waseda University with a degree in political science.

He became Sony’s sixth president and the first employee to climb to the top position in the company co-founded by Masaru Ibuka and Aiko Morita.

Idei cited “Digital, Dream and Kids” as his slogan for guiding Sony into the future.

In addition to marketing VAIO, he expanded the company’s online and entertainment businesses.

In the realm of corporate governance, Idei introduced the executive officer system to Sony, an initiative that took hold in the late 1990s to reinforce the functions of management. It was a first among Japanese companies, and one of a number of pioneering changes he made.

Although Idei doubled as CEO, he became chairman and CEO in 2000, leaving the presidency to be succeeded by Kunitake Ando.

In 2005, he stepped down and Howard Stringer succeeded him as chairman and CEO. Stringer was the first foreign national to take the helm of the company.